Ukraine’s Marine unit in Mariupol breaks out of Russian encirclement 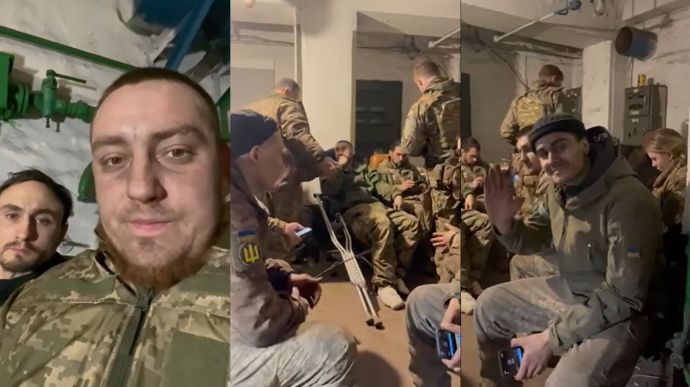 In Mariupol, a unit of the 36th separate marine brigade named after rear admiral Belinsky was able to break out of the enemy’s encirclement and join the Azov regiment.

This was told by one of the brigade’s officers.

According to him, despite great complexity, the special operation was successful.

“I can’t tell you the details, but I can say for sure that we have joined the Azov regiment. Several hundred marines, including the wounded, managed to get out,” the brigade officer said.

There is also a video of a Ukrainian soldier telling that Azov, the marines, Kord, SSO, border guards, SBU, the National Guard and other units continue to defend the city.

“The Russian world has committed genocide against the population of Ukraine. Russian soldiers are destroying civilians and homes out of helplessness and fear. We appeal to everyone – let’s finally destroy this disgusting Russian world. Mariupol is Ukraine,” the serviceman said.

You may remember that earlier the marines from the 36th brigade, who defend Mariupol from the Russians, broadcast a video message in which they assured that they had not left their positions and remained loyal to Ukraine, and asked to remember the price of resistance and fight for the victory.

“Glory to Ukraine! We are the defenders of Mariupol, the 36th Marine Brigade, who have been holding the defense of this city to the last. We haven’t surrendered. We’ve held every bit of this city doing everything possible. But the reality is that the city is blockaded, in the ring – and there is no delivery of ammunition or food. We’ve held on until the end. We are grateful to every Ukrainian who believed and keeps believing the marines. This belief helped us hold on for so long. We have not left our positions. We have remained faithful and will always remain faithful. And all Ukrainians must remember the price of this resistance and finish the job: fight for the victory to the end. Ukraine, Europe, the world. Believing in victory, we are always faithful, faithful to the end,” the video message says.