Home » “We have a single army”: Lukashenko admitted that Belarus supports Russia in the war

“We have a single army”: Lukashenko admitted that Belarus supports Russia in the war 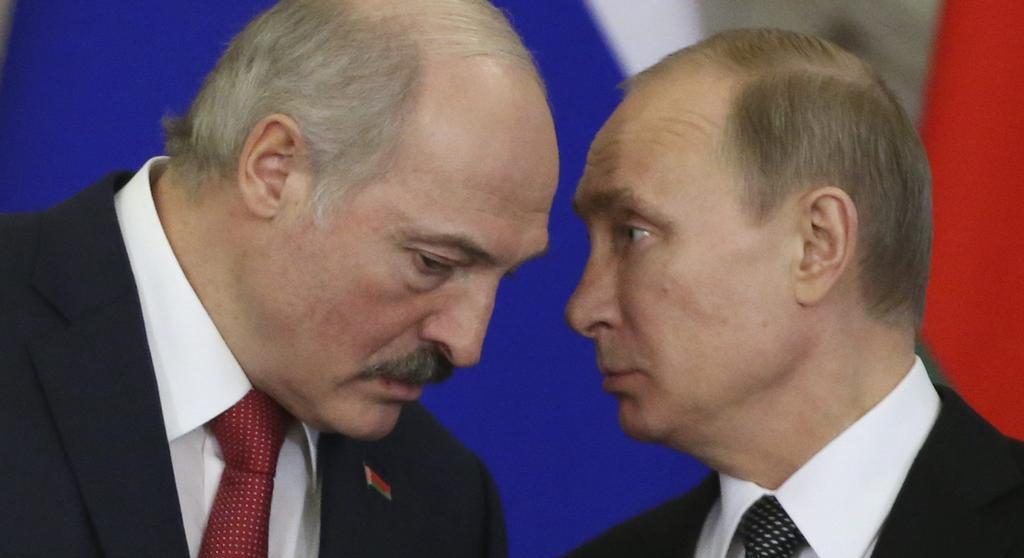 The unrecognized President of Belarus Alexandr Lukashenko said that he would continue to support Russia in the war against Ukraine, since they are a union state and have a single army. His justification of Russia’s aggression against a neighboring country is that they are building a barrier against “the abuse of Russians and the Russian people.”

The self-proclaimed Belarusian leader said this on July 3 in his speech at the wreath-laying ceremony at the Mound of Glory memorial complex in Minsk region. His words were quoted by the state information agency BELTA.

“Today we are reproached for being the only country in the world supporting Russia in its fight against Nazism … We have supported and will continue to support Russia. These reproaches are ridiculous and sad. The Russian Federation is a fraternal state for Belarus, the closest state in the world,” Lukashenko stressed.

He complained that the tragedy of the Belarusians is only that they found themselves between a clash of “two fraternal peoples” – Russians and Ukrainians. In this situation, the politician believes, “the truth is on the side of fraternal Russia today.”

He called an unfair balance the fact that Belarus is the only country that supports Russians in their actions, whereas there are almost fifty countries that “are actually fighting against Russia in Ukraine.”

“Don’t those who reproach us know that we have a close alliance with the Russian Federation, that we are building a single, powerful, independent Union State of two independent peoples?.. Didn’t they know that the union of Belarus and Russia has a single grouping of armed forces which was set up a long time? In fact, this is a single army,” Aleksandr Lukashenko said.

He admitted that he personally had determined the participation of Belarus in the war against Ukraine a long time ago. He recalled that on the first day of the invasion of Russian troops, he made it clear that he would not allow anyone “to shoot a Russian man in the back.” The unrecognized Belarusian leader explains why his armed forces “are holding a defensive line from the Brest Fortress to the southern borders.”

“In order to prevent this stab in the back of the Russians by NATO troops. They cannot forgive us for this. And for us today it turned out to be the most important direction. You know about the decisions taken by the NATO bloc to increase the number of armed forces in Eastern Europe tenfold. Why are they doing this in peacetime? In order to fight. And we will do everything to withstand and win,” Lukashenko dreamed.

As OBOZREVATEL reported, the illegitimate president of Belarus had said earlier that Minsk allegedly did not want to fight against Ukraine, and his country did not need this war. At the same time, he accused Kyiv of trying to “draw Belarusians into hostilities.”

Belarusian oppositionist, ex-diplomat and senior researcher of the Center for New Ideas Pavel Matsukevich is convinced that the Belarusian army has not yet taken part in the war against Ukraine on the side of the aggressor only because the head of the Kremlin, Vladimir Putin, has not yet asked Lukashenko about it. If this happens, the Belarusian dictator will not hesitate to agree to an invasion.