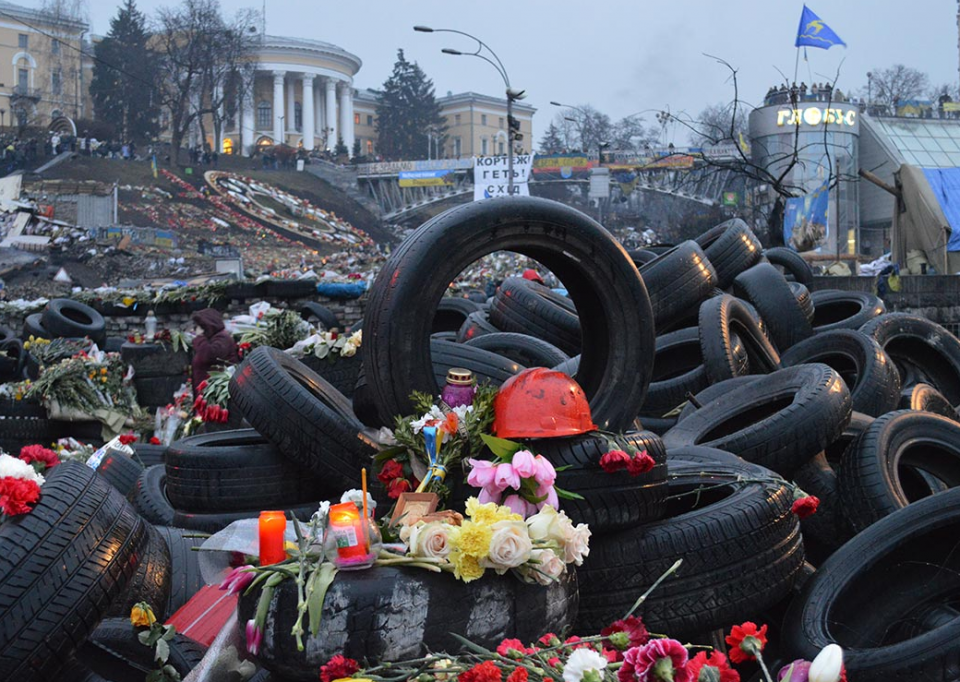 Why we, ordinary Ukrainian citizens from Euromaidan PR have been involving to this endless fight on the informational front for the last eight years via various social media sources?

Let’s start with a brief analysis on the nowadays Ukrainian “neo-Nazism”:

If we get rid of this “misfortune”, then the “patriotically” twisted Russian society will lose its ideological goals in this massacre. Getting rid of “neo-Nazism”, and then there’s an end to the war – what could be easier? So where did “neo-Nazism” come from in Ukraine, where most of the population, including the most notorious “Nazis” (according to Solovyov), speak Russian? What kind of “neo-Nazism” is this that Ukrainians, Russians, Tatars, Moldovans, Belarusians, Georgians, and thousands of people of other nationalities are fighting for today? How can Ukrainian “neo-Nazism” threaten Russians, perhaps only with the “95 Kvartal” series? Did the “neo-Nazis” seize the Crimea? Did they occupy Donbass? Are they waging war to destroy the Ukrainian people on Ukrainian territory?

Replace the phrase “Ukrainian neo-Nazis” with “White Finnish fascists” in the Kremlin’s rhetoric, and you will get a “legitimate” reason for attacking Finland in 1939. Replace “neo-Nazis” with “dushmans” and you can invade Afghanistan in 1979. Put “neo-Nazis” beside “gang formations” and you can destroy Grozny twice in a row. In the same way Hitler once outlawed the entire Jewish nation, and thereby gave Germany and its allies the “legal right” to rob, kill and mass exterminate millions of people.

According to the Russian media, we are “neo-Nazis” because we are defending our homes, our families, our loved ones, our Ukraine. They are “anti-fascists” because they rob, rape, and kill. They want us to disappear, but we just want to live.

When this text was being prepared for publication, our twitter account @EuromaidanPR was temporarily blocked due to a large number of complaints. We understand that in a country with a population of 140 million, there were enough bots / trolls / “sympathizers” of the Putin regime who considered it an honor or bombarded the management of Twitter with such messages for money.

There are three reasons:

1.         We are “Neo-Nazis” – We published a photo of a Russian prisoner of war with an “eloquent” Nazi tattoo on his back, as well as a photo of his documents confirming that this is not a fake and that he is a citizen of the Russian Federation.

2.         We are “Propaganda” – We posted a link to a recent Washington Post article citing us as a resource that has been successfully confronting Russian propaganda.

3.         We are “the Truth, that is not allowed now”. We have been openly writing about the Russia-Ukraine war for the last eight years, from the “peaceful occupation” of Crimea in February 2014 until yesterday, when Twitter has blocked our account.

We do expect our twitter account @EuromaidanPR to be unblocked in the coming hours and we will continue supporting the information front until the complete and undeniable victory of Ukraine over Russia.

Why we, ordinary Ukrainian citizens have been involving to this endless fight on the informational front?
Back to Euromaidan events, when the first 100 Ukrainians have been brutally murdered in the center of European capital, in Kyiv, our “Heavenly hundred”, we were posting via Twitter account each photo of the fallen citizen with his name, age and phrase: “R.I.P.”. It took almost the whole night to fulfill. During that night, the most terrible was to look into that eyes on photos that will never see a sunrise of a new day.

We have promised that night that we will do our best to let the World know the Truth about what is going on in Ukraine. We could not imagine then how many new Ukrainians will pass away in Ukraine because of Russia. So, we are not any sort of neo-Nazi as well as we are not propoganda.

We are the promise.