Home NEWS UKRAINE Exchange could have failed because of Tsemakh, Zelenskyy and Bakanov say

Exchange could have failed because of Tsemakh, Zelenskyy and Bakanov say 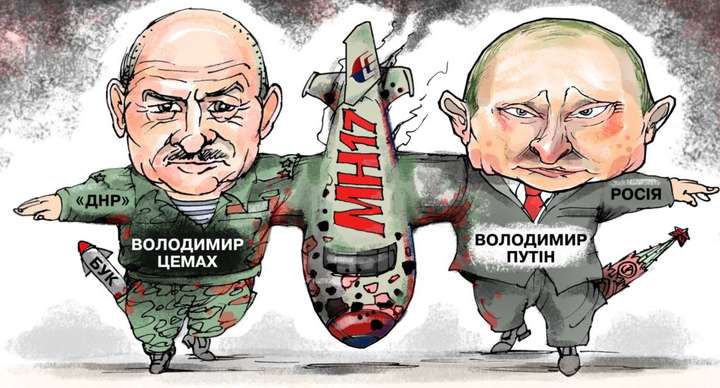 President Volodymyr Zelenskyy and SBU head Ivan Bakanov say that the issue of the release of Volodymyr Tsemakh, considered a suspect in MH17 downing, could have derailed the exchange between Ukraine and the Russian Federation.

Details: According to the president, Tsemakh was interrogated, and not just before the exchange.

Zelenskyy’s direct speech: I will not name the European leaders with whom we discussed the time for all investigative actions. We’ve done it all. All that was asked of us. It was difficult. I was afraid that might derail the exchange.

Bakanov’s direct speech:  The decision was not spontaneous but well-considered by the president. Because Tsemakh’s absence on the exchange list automatically foresaw the halt of negotiations with Russia. By the way, as well as the absence of a direct air corridor from Moscow.

Details: According to Bakanov, Tsemakh was questioned.

Bakanov’s direct speech:  The materials are attached to the case. I have no right to share other information. I can only agree with the opinion of experts that Moscow’s request to include Tsemakh in their lists is another confirmation of Russia’s involvement in shooting down the MH17 aircraft. I can assure you that we will make every effort to punish those guilty.

… I emphasize that Ukraine as a state, first of all, is demonstrating to the world that it saves its citizens on the model of the strongest democracies in the world – the United States and Israel. Recall how the state of Israel acts in similar situations. In 2006, Israel released 1,035 fighters for the liberation of Corporal Gilad Shalit. Because the life of a citizen is precious.