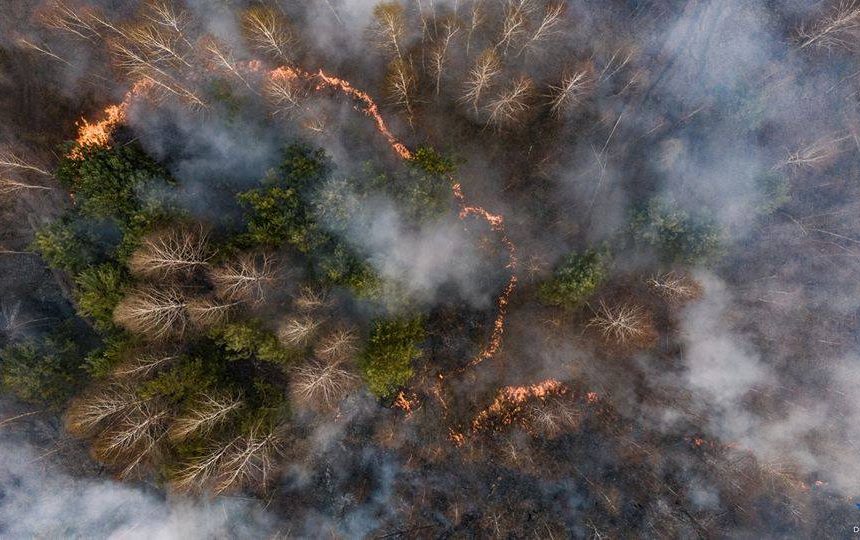 “As of April 10, teams of the State Emergency Service and the State Forestry Protection Agency continue to battle fires in Korohod, Kotovsk and Denysovetsk forestries.

The separate fires of grass layer, reeds and forest cover are being observed.”

379 persons and 100 vehicles are involved in extinguishing the fires (320 members of the SESU teams and 79 pieces of equipment, including three AN-32P planes and two helicopters that performed 67 drops of 154 tons of water on April 9).

Levels of radiation in the city of Kyiv and Kyiv region are within normal limits. The gamma-radiation intensity in the exclusion zone has not changed.