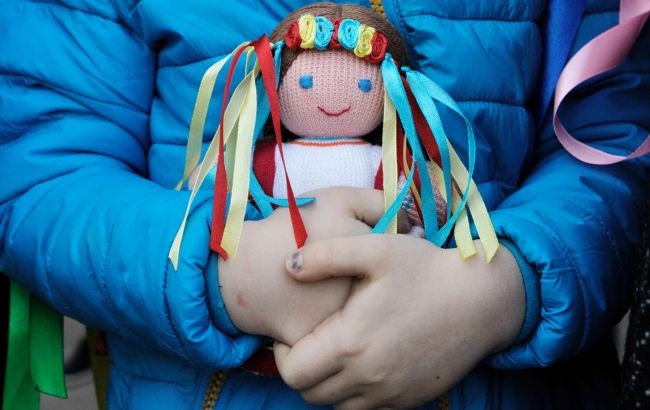 Russian FSB abducted 58 Ukrainian orphans, among them 4-month-old babies. Children were hiding in the basement of the church in Kherson. On the eve, Ukrainian Parliamentary Commissioner for Human Rights Lyudmyla Denisova called for evacuation of 58 orphans from Kherson.

Russian FSB security forces abducted 58 orphans who were hiding in the basement of a church in temporarily occupied Kherson. They were taken to an unknown destination. Nothing is known about the future of the children. Now we can only guess what will happen to them next. This was stated by former Presidential Commissioner for Children’s Rights Mykola Kuleba on Facebook.

Kuleba suggested that the occupiers could find out the whereabouts of the children from Lyudmyla Denisova’s post.

Kuleba wrote, “I inform you, Mrs. Lyudmyla, that immediately after the publication of your post, the FSB and the occupying authorities began to search all the churches in this city. Ruschists did not know anything about the children hiding in the basement until your post was published. While the situation in Kherson was not yet so critical, the local authorities did not allow the orphanage to leave. But there was a chance to save the children and take them to the territories controlled by Ukraine until the publication of your post! Mrs. Lyudmyla, I know you are a smart woman. You knew that not only Ukrainians, but also all Russian special services read your posts. Who was your message “save children” addressed to? While President Volodymyr Zelensky, the Office of the President of Ukraine, the General Staff of the Armed Forces of Ukraine, the Ministry of Foreign Affairs of Ukraine and volunteers are doing everything possible to win, some officials are giving ruschists the tip-off about-off about our children from the occupied territories.I urge the Security Service of Ukraine and the Prosecutor General’s Office of Ukraine to investigate all the circumstances of this crime and bring the perpetrators to justice! I believe that this is complicity in war crimes against the civilian population!”

It should be reminded that earlier, Ukrainian Parliamentary Commissioner for Human Rights Lyudmyla Denisova called for evacuation of 58 orphans from Kherson. She reported that 58 orphans and children deprived of parental care had been hiding in the basement of a local church in Kherson for more than a month. Among them were, in particular, 10 children aged four months to one year, the rest – under 4 years old, including children with disabilities who need special care and treatment.