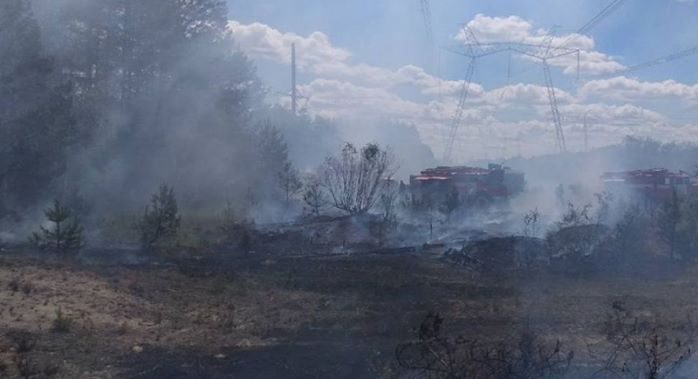 The fire in the Chornobyl zone covers over 100 hectares, and radiation exceeds the norm in the center of the fire.

It was reported by Yehor Firsov, Head of the State Environmental Inspectorate of Ukraine.

The radiation meter indicated 2.3 Microroentgen/Hour with the norm of 0.14.

Firsov called this situation a consequence of people’s irresponsible attitude.

“This barbarism must finally be stopped. The MPs must significantly raise penalties for arson at the first sitting of the parliament. You can now be fined 17,000 hryvnias for not wearing a mask. But the fine for an arson that can take someone’s life (as it has recently happened in Zhytomyr region)is negligible. It can no longer continue. The penalties for arson should be increased by 50-100 times,” he said and added that such bills already exist.

Earlier it was reported that rescuers airdropped 50 tons of water  to extinguish a large-scale fire in the Chornobyl exclusion zone.

On Saturday, April 4, a forest fire broke out on an area of ​​20 hectares in the exclusion and compulsory evacuation zone in Kyiv region.