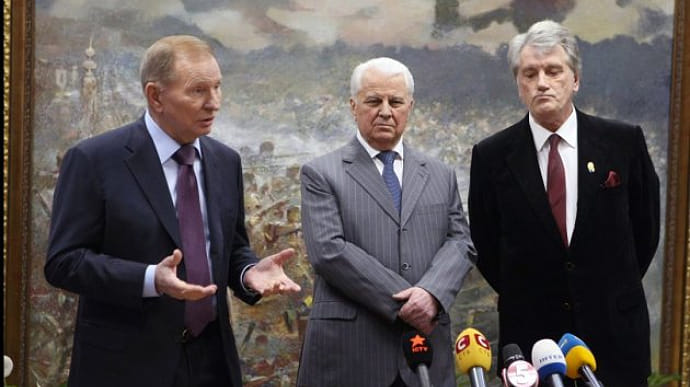 Three former presidents of Ukraine – Leonid Kravchuk, Leonid Kuchma and Viktor Yushchenko called on the leaders of the signatory countries of the Budapest Memorandum  to prove that the document “was not a mere fraud.”  The text of the appeal was published on the website of the presidential fund “Ukraine”.

The former heads of the state recall that almost three decades ago, five nuclear states assured Ukraine that nothing threatened its territorial integrity. Kravchuk, Kuchma and Yushchenko emphasize that if there had not been assurances from the five nuclear states, Ukraine would not have agreed to renounce nuclear weapons.

At that time, Ukraine had the third largest nuclear missile potential in the world, surpassing the potentials of France, Great Britain and China. The text emphasizes that although Russia destroyed the territorial integrity of Ukraine back in 2014, there was no reaction from the signatories of the Budapest Memorandum. History is repeating itself today, and Ukraine is being threatened from three sides at once. Ukrainians may become hostages of an energy and economic blockade. In addition, Ukraine may face a sea blockade from the south. The presidents also focus public attention on the fact that the signatories of the Budapest Memorandum also guaranteed Ukraine that economic pressure would not be exerted on the country. However, instead of support and protection, the signatories of the Budapest Memorandum create panic and urge their citizens to flee from Ukraine, fearing a Russian invasion.