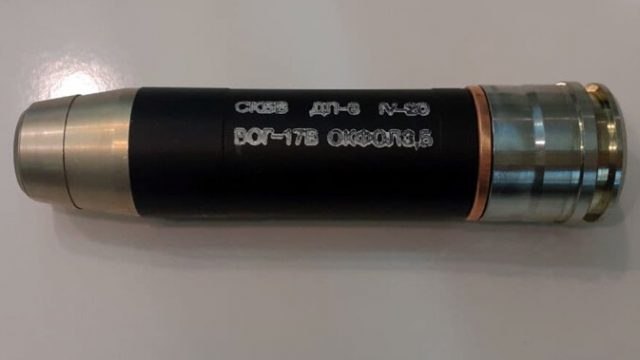 Ukraine has started its own production of ammunition for grenade launchers. Ammunition is developed by the Special Design Bureau “Vector-V”, as reported on the bureau’s Facebook page. The work lasted about two years.

During the solemn event on November 1, “Vector-V” transferred its developments for the subsequent serial production of VOG-17V grenade launcher rounds at a state enterprise.

Grenades for automatic and under-barrel grenade launchers were developed by the bureau’s specialists. The work lasted about two years.

The company noted that the VOG-17V rounds transferred for serial production will make it possible to meet the urgent need of the Ukrainian army for automatic grenade launcher ammunition that is currently imported.

“It is a success for our design bureau, and it is an indisputable victory and an example of effective public-private partnership for Ukraine,” said Vitaly Zhukov, CEO of the company.

According to him, only 12 countries in the world are capable of independently producing grenade launcher ammunition. And today we can state that Ukraine has become the 13th.

According to the head of Ukroboronprom, Yuri Gusev, they plan to supply new ammunition to servicemen in eastern Ukraine

“We will offer the Defense Ministry to consider the possibility of including these products or other products that we manufacture at our enterprises in the state defense order,” he said at a briefing.