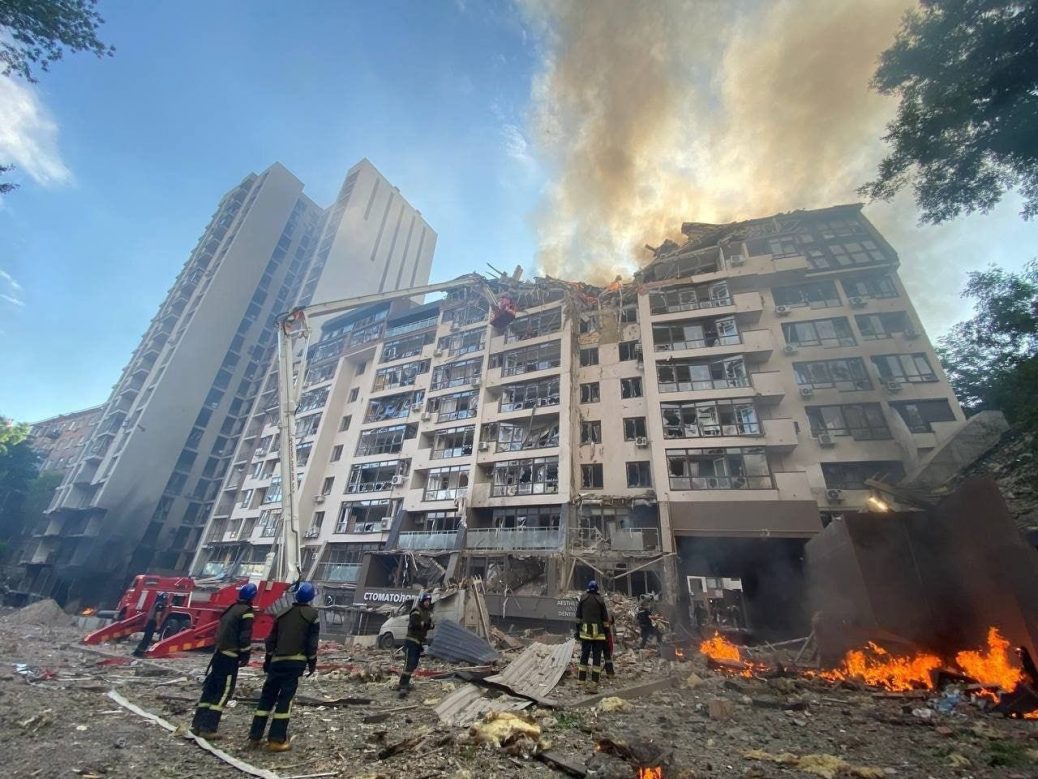 Ukraine’s capital Kyiv and many regional centres came under the russian missile fire today. Situation in the regions as of this morning.

People are rescued and evacuated from two houses in Kyiv’s Shevchenkivskyi district, where a fire broke out after a missile strike.

As a result of enemy shelling, a fire broke out in a 9-storey apartment building with partial destruction of floors 7, 8 and 9.

Search and rescue operations are ongoing, as there are people under the rubble.

Some people have been evacuated, and victims hospitalized.

According to preliminary data, 2 people were injured, – the State Emergency Service of Ukraine.

Air defense worked In the Kyiv region – one missile was shot down. The remains of the missile fell close to a village in the area. There are no destructions or causalities, said Oleksiy Kuleba, head of Kyiv regional military administration.

The enemy hit Kryvyi Rih with volley fire systems, damaging private houses and social infrastructure. There are no casualties among the local population – OC South.

In response, the Ukrainian aviation made 5 strikes on the concentration of rascists and their equipment, on command and support points of enemy units.

In the temporarily occupied areas of Mykolayiv and Kherson regions, Russian servicemen abduct relatives of Ukrainian servicemen, including children. Their personal data is found in seized administrative buildings or via collaborators – OC South.

The Russians have entrenched themselves in Severodonetsk, Syrotyne, Voronove and Borivske. The shelling of Azot is ongoing. The enemy focused on capturing Lysychansk – Serhiy Haidai, head of Luhansk RMA.

In Lysychansk, a TV tower lies on the ground, a car bridge is damaged, and some shells hit houses. A body of a man without any signs of life was found on the territory of a hospital. He suffered multiple mine blast injuries.