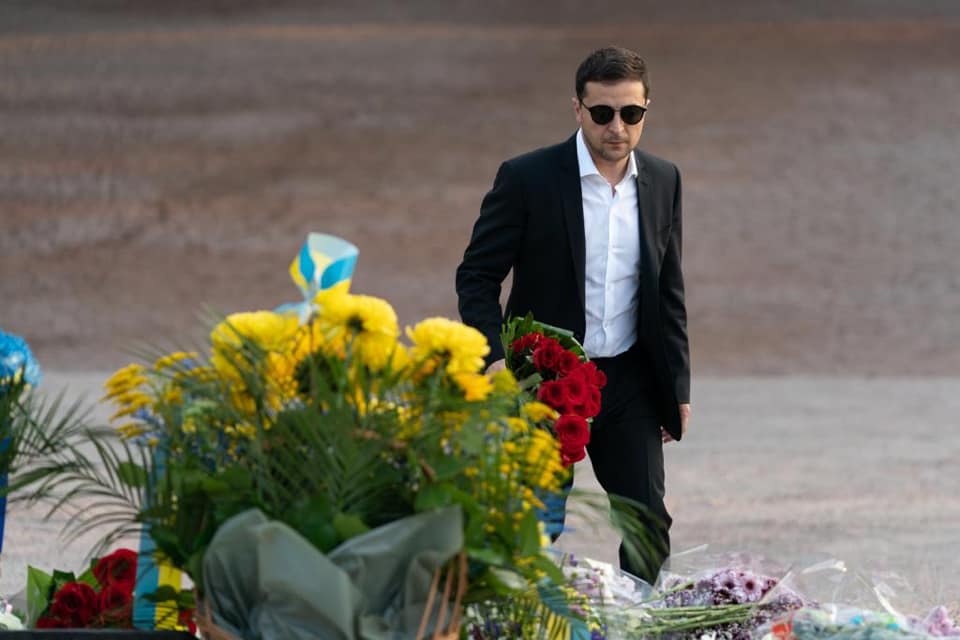 President of Ukraine Volodymyr Zelensky missed the official events on commemoration of the Babyn Yar victims, but attended the memorial later.

On September 29, Zelensky, for unknown reasons, missed the official events dedicated to the commemoration of the Babyn Yar tragedy victims in Kyiv. Later, he came to the memorial privately.

During the ceremony, Rabbi Yaakov Dov Bleich criticized President Zelensky for not joining the mourning ceremony in the memorial park in Kyiv.

“For the first time in the history of independent Ukraine, the president did not come to Babyn Yar on September 29. The president and the prime minister attended it every year; they knew that there was such Babyn Yar. The president has sent a basket of flowers today. And the next president will probably forget about the Babyn Yar tragedy,” said Yaakov Dov Bleich.

“The president is not obliged to take account of where and why he can or cannot visit the given place,” Azman said.

On September 29 Ukraine commemorates those killed in Babyn Yar.

In total, over 100,000 people were killed there. Mass executions continued until the liberation of Kyiv.