Home NEWS We don’t block traffic – we are traffic

We don’t block traffic – we are traffic 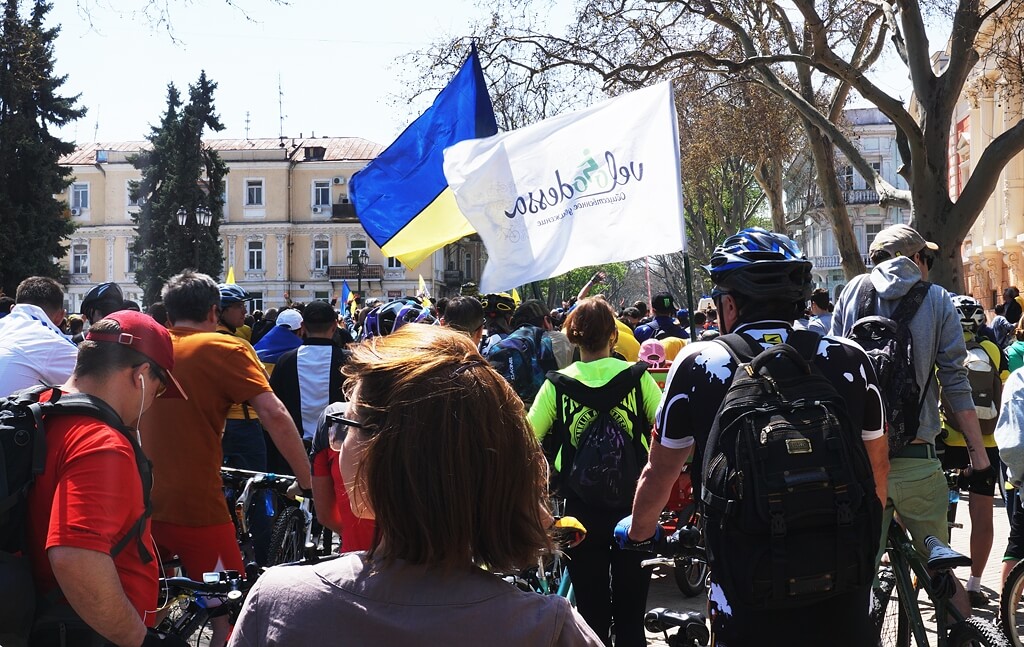 April 25, thousands of Odessa residents – adults and children – participated in the Critical Mass season grand opening. The Critical Mass is aimed at promoting cycling movement and tourism in Odessa. The Critical Mass started in Odessa last year and is held once a month during the period from May to October. This is not a competition, but an event aiming at uniting all Odessa cyclists, as well as guests of the city traveling by bicycles. The idea of the Critical Mass is quite simple – to show, that a bicycle is a very convenient and environment-friendly means of transport and a great fun as well. By showing there are thousands of Odessa residents who prefer bicycles to cars, the participants of the movement also try to attract attention of the authorities to the necessity of developing bicycle infrastructure in the city, including bicycle paths and parking facilities. One more aim is to demonstrate to drivers that they are not the only participants of city traffic and to invite them to change their cars for bicycles. One of the Critical Mass motto says: “We don’t block traffic – we are traffic”. The publication is also available in Russian.