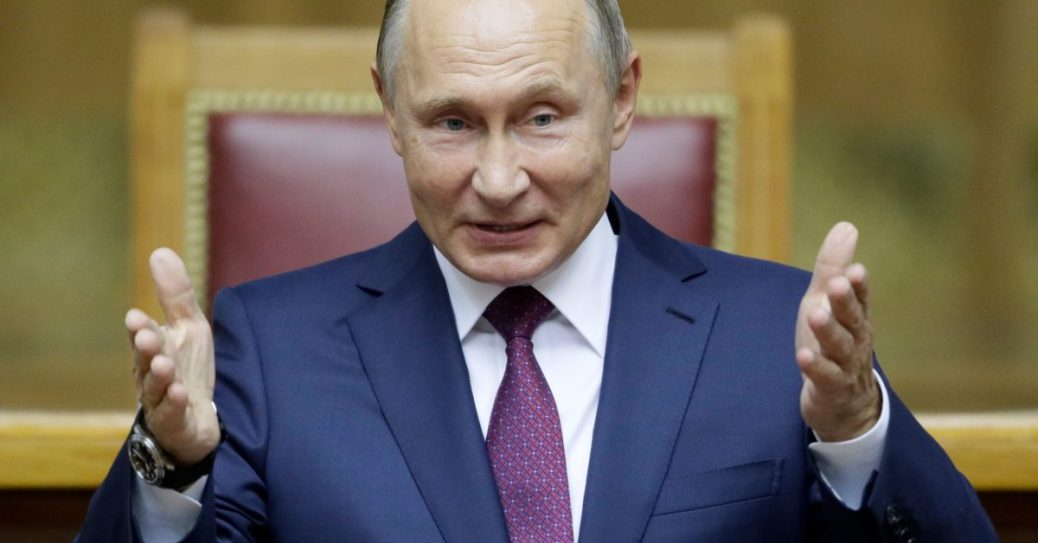 Russian President Vladimir Putin signed a decree on the simplified procedure for the obtaining of Russian passports by residents of the temporarily occupied Donbas.

The decree comes into force from the day of its official publication.

The corresponding decree was published on the Russian president’s website. “To establish that persons who permanently reside in the territories of certain districts of Donetsk and Luhansk regions of Ukraine have the right to apply for citizenship of the Russian Federation in a simplified way in accordance with Part 8 of Article 14 of the Federal Law of May 31, 2002 No. 62 on Citizenship of the Russian Federation, the statement says.

The text of the decree notes that such a decision was adopted by the President of the Russian Federation “in order to protect the rights and freedoms of man and citizen”, on the basis of “generally accepted principles and norms of international law”, in accordance with Article 29 of the Federal Law No. 62 of May 31, 2002 on Citizenship of the Russian Federation. The term for considering applications for citizenship of the inhabitants of the occupied Donbas shall not exceed three months from the date of submitting an application and necessary documents. The decree comes into force from the day of its official publication. Earlier, Russian media Kommersant and RBC, referring to their own sources, announced that after the second round of the presidential election in Ukraine, Putin could sign a decree granting residents of the so-called “DPR” and “LPR” the right to obtain Russian citizenship in a simplified way.

Russian President Vladimir Putin also said that the decision on the simplified procedure for issuing Russian citizenship to residents of areas of Luhansk and Donetsk regions of Ukraine that are uncontrolled by the Ukrainian government was of a “humanitarian nature”.

Putin said this at a press conference following the talks with DPRK leader Kim Yong-jin, wrote the Russian TASS agency.
Putin also hinted that Ukraine should adopt a law on the special status of Donbas.

In addition, he commented on the issue of discussing this situation in the UN Security Council.

“Let them bring (the issue of issuing Russian passports to the residents of ORDLO), we will discuss,” Putin said.