Home Opinion Analytics A letter from occupied Donetsk: reality Putin does not want to see

A letter from occupied Donetsk: reality Putin does not want to see 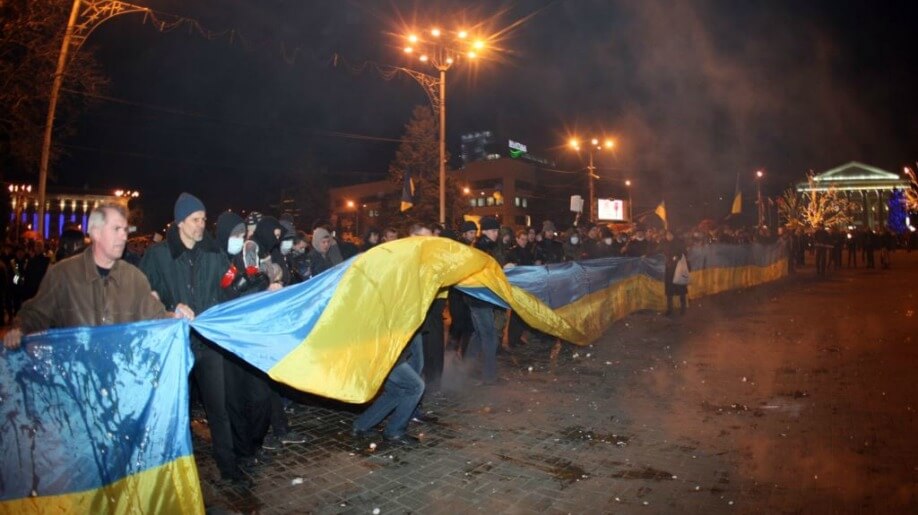 This is what the ‘authorities’ of the DPR believe: to fight fascism you must be a rabid Russian nationalist but sort of a monarchist, too, with an unclear perception of progressivism that is complicated with an uncertainty about whether you should be for it or against it. This is how a letter from occupied Donetsk starts. It was written by Donbas citizen, who would like to share his view on what is going on in his hometown over the period from March 2014 up to now. Discover a real story of a witness, free of propaganda, double meaning or censorship.

I’m a native of Donbas. An ethnic Russian. Fluent in both Russian and Ukrainian. I consider Russian to be my native language. I am not a Ukraine-hater. I have neutral feelings toward Ukraine, I feel it is neither bad nor good. I have watched Putin lead Russia toward an abyss for many years now and for a long time already I have not felt any connection to Russia. To quote the well known Evhen (not Dmitri, heaven forbid) Kiselev I could say that ‘politically I am Ukrainian.’

I put a high value on the civil rights that I, as a citizen of Ukraine, was able to enjoy in Ukraine all these years. Those same civil rights do not exist in the Russian Federation. By the way I felt that people around me did not feel the way I did about their civil rights and I realized that that circumstance would inevitably lead to the day when someone will take advantage of it and will try to take those rights away. I was never one to wear an embroidered shirt, though, and I never felt any kind of special emotion at the sight of the blue and yellow flag; I never particularly liked the hymn and I certainly never liked nationalists. But I always had an interest in Ukrainian culture and from the start I was against the idea of partition.

And then came the spring of 2014. What a time of bald-faced absurdity and surrealism that was. Hostile and extremely aggressive ‘defenders of Donbas’ appeared in the streets out of nowhere. Their ‘activism’ began with violent attacks on the peaceful residents of this very same Donbas. At first the ‘protectors’ were unarmed (at least officially) though they carried pseudo anti-fascist slogans and harassed and assaulted the people who supported a unified Ukraine at peaceful rallies. I remember some of the things they posted online: “The fascists are rallying on March 13th. Let’s go meet them. Bring surgical instruments with you to cure them of Ukrainianism!” [The words that were in bold type were taken literally.]

And isn’t that what fascism is? Let us remind ourselves that on that day in Donetsk many thousands of people came out to rally for a united Ukraine only to be violently attacked by ‘the defenders of Donbas.’ People were crippled at that rally and Dmytro Cherniavskyi was stabbed to death.

Concepts were grotesquely subverted. Probably to a greater degree than they are now. Anyone who opposed the partition of Ukraine was automatically labeled a fascist, a Maidan pervert, a banderite, an enemy of the people and a non-human. And when you claimed that none of the above is you they did not believe it: ‘that does not happen.’ No matter what, you were the enemy. It was better not to appear before the hysterical mob that gathered around the State Administration building. Forget ideas like a fair trial, consulting a lawyer, procedural norms, or the presumption of innocence until proven otherwise. In fact forget the possibility of simply being listened to and being heard.

A Ukrainian activist injured in Donetsk clashes tells a story how it was, March 13, 2014

Mob mentality ruled and the mob demanded that a fascist victim be brought out to be dealt with and the harsher the treatment he received the better.

Even the assumption that ‘the law has no retroactive authority’ does not fit the DPR. In the end all those who took part in Euromaidan rallies (in both Kyiv and Donetsk) were declared enemies of the people and were put on a ‘hit list.’

Things got really jolly when the bandits got their hands on firearms. A member of the city council in Horlivka Volodymyr Rybak was abducted and eventually found near Sloviansk with a gutted stomach. Why? Only because he refused to let the ‘russistas’ raise the tricolor over the City Council building. Just for that. And in Sloviansk an elderly man was shot dead for bringing drinking water to the block post held by Ukrainian soldiers. And the minimal retribution for anyone who publicly supported Ukraine and the Ukrainian position was being dragged ‘to the outhouse.’

Donetsk oblast. Horlivka. Ukrainian MP Volodymyr Rybak is kidnapping by ‘separatist’ for an attempt to hang down the flag of so-called ‘Donetsk People’s Rebublic’, April 17,2014. The day after his body was found in the river of Syversky Donets with a horrible signs of torture

For some reason fans of the ‘Russian world’ do not care that it was not internationalism that was forced on them in place of Ukrainian nationalism but the really entrenched Russian nationalism with a bit of monarchism thrown in and added to that an oblique rejection of progressivism. And that was what, for some reason, was called ‘anti-fascism.’

And it was the residents of Donbas (including the ethnic Russians and the Russian speaking residents) whose freedom of movement was taken away by those ‘protectors’ (with the installation of checkpoints) and whose right to own personal property (living quarters were invaded and cars, too, were seized and searched at the checkpoints) was violated. It was the residents of Donbas who were dragged ‘to the outhouse,’ were summarily executed and were deprived of all their civil rights, without exception: freedom of speech, freedom of conscience and religion (thus, for example, on the territory controlled by the ‘protectors’ a policy of mass repression against Protestants and the Orthodox of the Kyiv Patriarchate was implemented).

Those ‘protectors’ brought war into the homes of the people of Donbas even though there had not been any assaults on them. The journalists of Donbas were the first victims of the ‘protectors’ the minute the ‘protectors’ received weapons. Keep in mind that all of this started before the Ukrainian government launched its Anti-Terrorist Operations.

It was because of their attempts to storm the modern and expensive airport that it was destroyed on May 26. It was they, the ‘rebel-protectors’ who carjacked so many cars from so many Donbas residents (including the Russian speaking ones) not to mention the number of businesses they seized and took over. And it was because the ‘protectors’ looted so many stores and businesses that the residents of Donbas were left without work.

Living in those conditions and under those circumstances very soon you come to realize how much you love Ukraine! It was with great enthusiasm that we greeted the news that anti-terrorist operations would be launched. Sadly our hopes were dashed in August when our land was not liberated. Today, arriving at a place that has been liberated, upon seeing the Ukrainian flag and the Ukrainian soldiers defending Ukraine you feel much stronger emotions than you ever had before. You see, a few dozen kilometers from the city that became our hell our very own Donbas-ites are living a normal life in peace doing normal things: they work, they go to school, and laws and law enforcement entities protect their civil rights. Perhaps not ideally. But they are citizens of their country and they are protected.

Right now I can see out my window the ‘russists’ blasting the airport. We want to hope that it will not be long before they stop ‘protecting’ us.

And I think I know another reason why Putin can’t quite make up his mind whether to ‘merge’ Donetsk with Russia even as everything is directing him on a course where a merger will be both inevitable and necessary.

Putin is afraid that after Donetsk is liberated huge masses of people will come to the central square of the city under a blue and yellow flag to demonstrate that they have prevailed, that they have survived the unspeakable inhumanity Putin and his proxies had forced upon them.

He is afraid to see something so powerful.

That will, after all, be the final nail driven into the casket entombing his double standards, his hypocrisy, his deceit and his propaganda.

The original article in russian language is available on radiosvoboda.org