Home » A Love Story – The Fall of Vladimir Putin

A Love Story – The Fall of Vladimir Putin 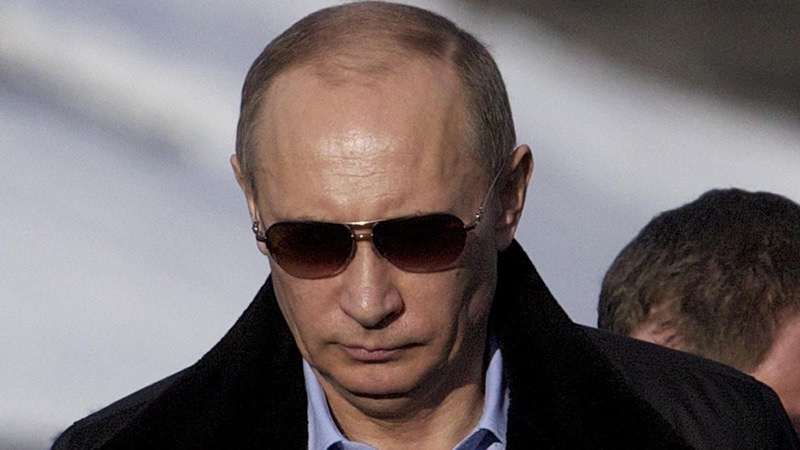 Vladimir Putin lives an inconvenient truth that he desperately wants to hide – he is operating on borrowed time, winter is here. Putin is the most dangerous threat to humanity and greatest obstacle to addressing climate change, he is the richest thief and an international terrorist, a psychopath and master manipulator with malicious motives, a danger to every part of the planet and all of humanity.

But the cards Putin holds are weak, so he flexes military might, a desperate disinformation operation threatening a war he knows he cannot afford nor win. Putin’s criminal regime, the world’s top disinformation warfare power, must be taken down to be dismantled through prosecuting its leaders globally and, in the process, the Russian people must be protected and freed to rebuild their future without interference; they are among the greatest victims of Putin’s wars, thievery, oppression, and murders, slaves of his corruption, plagued by hardships, pumped with lies, hopelessness, and fear; robbed of opportunity to live in peace and prosperity, and denied of a bright future we all deserve.

Westerners, not Russians, enable and embolden Putin’s hold on power as he, an illegitimate leader of the Russian Federation, kept in place through force, dirty financial deals, normalization, and fraudulent elections aimed at validating his thievery, runs a rogue state as a brutal Czar of a global criminal empire, and owns countless politicians, power brokers, propagandists, and influencers in many countries around the world, using them to steal from their fellow citizens and promote his destructive agenda, while strategically causing chaos, division, and enormous loss of life. Westerners helped give rise to Putin, but it is the responsibility of the world to take him down and prosecute his global criminal regime, starting with the guiltiest of culprits, the Americans and British, 2016 victims of their own making by political systems that are abused and shaped into channels of corruption and dependent on profit-generating conflict (including an addiction to identity politics) and fuels a thirst for blood money. Putin has done more damage to the United States, including causing significantly more American deaths, than Osama bin Laden and should be treated as a more dangerous enemy.

But it is Vladimir Putin who created a catastrophe for himself and the Russian Federation. The former KGB official who once publicly declared that the greatest crisis of the twentieth century was the fall of the Soviet Union, and who dreamt of being Czar of a modern-day Russian empire that he tried to birth through international criminal activity while stuffing his coffers fuller than any others, but that failed to manifest when Ukrainians made clear they wanted no part of his Eurasia plan that depended on their nation, now faces the reality that Russia may fall and break-apart on his watch; that is, if he is fortunate enough to survive given the growing unrest and anger among his once loyal inner circle as most want his head on a platter. Putin, whose mother was a “street-sweeper,” (an impoverished woman who was one of countless Soviet victims of forced prostitution, used and disposed of by Soviet officials and required to clean streets when not raped and sexually abused), was trained as a master of deception since early childhood by the KGB family that raised him for a life of espionage, but even he is struggling to pull off his latest act of military theatrics as he flounders domestically and on the world stage, facing an inevitable fate.

Today, Putin wages war on Russians, causing immense damage as he panics and tightens his grip, knowing barely twenty percent of Russia’s population supports him. Are Russians supposed to give their lives fighting their Slavic cousins and neighbors in wars that only serve the purpose of enriching Putin, bestowing on him more financial wealth and power he will weaponize to abuse Russians? Putin sends Russian boys off to die in senseless battles that support his corruption while he outlaws their mothers’ ability to grieve in public to mourn the loss of their sons. He murders those who he fears are his greatest opponents and murders ordinary Russians through the inexcusable worsening of Covid-19 throughout Russia. His interest was not protecting his people from a pandemic but to weaponize it to his advantage, being the first to declare a solution, a vaccine he quickly used to puff his feathers in an attempt to legitimize himself as a world leader capable of helping and protecting others, but he quickly revealed himself incapable of even keeping the most powerful among his inner circle of oligarchs from falling ill.  Russia may have half the population of the United States, but it has more Covid-19 deaths based on internal numbers, and is severely underreporting to cover-up the blood of Russians on Putin’s hands. With widespread domestic poverty, censorship, disinformation warfare, government harassment, lawfare, religious suppression, and out-of-control corruption, is it no wonder such a large portion of the Russian population suffers from alcoholism or that not as many Russian young women want to bring children into such a world and birth rates are at an all-time low? In addition, Russia is experiencing a “brain drain” not seen since the Soviet Union, with scientists, intellectuals, journalists, and pro-democracy politicians fleeing the country, escaping a system Putin created that crushes the potential of Russians, slamming shut countless doors of meaningful opportunities and strangling what little remains of the nation’s entrepreneurial spirit. Even Russia’s oligarchs complain that Putin interferes with their normal business and that their consultations with non-Russians outside the Russian Federation have been severely damaged, a consequence of a system that benefits only Putin and not them.

A nation’s leader, especially when illegitimately elected and as unpopular as Putin, cannot wage wars simultaneously, both domestically and abroad, while his international network of accomplices is fully exposed and facing international prosecution, including the Americans, like the weapon of mass destruction Putin planted and managed in the White House for four years – Donald J. Trump. Why is Putin flexing his military muscle now, after President Joe Biden and other leaders held summits and took photos with him, and further empowered him through allowing his Nord Stream 2 energy weapon project to move forward? For the same reason his American loyalists led an attempted violent overthrow of the United States government to keep Trump in power while aiding and abetting a hostile foreign enemy with a mission to destroy the U.S. from within and treat it like a mafia state in Putin’s global empire – to avoid accountability for their war crimes.

Truth is the most powerful weapon a dictator fears, and the missiles of truth aimed at Putin from around the world are launching and he has no defense shield. Furthermore, his would-be invasion of Ukraine is designed as a complete distraction from the domestic crisis he caused – his complete failure to protect Russians from Covid-19. In comparison to Adolph Hitler’s chicanery when the SS executed political prisoners, dressing them up in Polish uniforms as an excuse for an assault on Poland which started World War II, what Putin is doing to try to keep Russians’ minds off the domestic crisis by threatening to send more than a hundred thousand troops into Ukraine, makes Hitler’s deception look like child’s play and has severe consequences for the world, and those in the West, especially Americans, who continue to normalize and enable him, must be brought to justice.