Afghanistan U-turn: what can Ukraine expect? 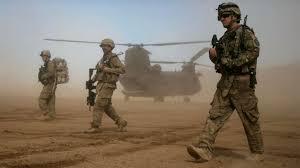 Against the background of the ongoing alarming events in Afghanistan, the international segment of the Afghan-related information field has significantly increased.

The news about an almost lightning-quick takeover of the entire country by the Taliban or a report about how easily fighters enter Kabul are really shocking.

You may ask what the Afghan events have to do with the Ukrainian-Russian war. Actually, there’s a direct relationship.

Russia, which had openly supported  the Taliban before, however it is considered a terrorist organization in the Russian Federation, on August 16 announced a meeting  of its ambassador in Kabul with representatives of the Taliban at a time when embassies and diplomatic missions of other countries are being evacuated from Afghanistan.

There is already an opinion in the world that the actions of US President Joe Biden, which actually stopped the US 20-year support for this country, show the American president’s weakness. However, can you call a weakness an accurate calculation, which will help Biden free up additional resources to counter Russia’s aggressive aspirations on the border with Europe, in Belarus and, of course, in the east of Ukraine?

Let’s recall that during his speech in the office of the director of national intelligence, the US president said that Putin is in a rather difficult economic situation, but possesses nuclear weapons. So, Biden is probably also perfectly aware of the potential deployment of Russian nuclear weapons in Russia-occupied Ukrainian Crimea, and it is unlikely that the U.S. will choose to turn a blind eye to what is happening in Ukraine and Russia.

By the way, given that 80% of the Afghan-Tajik border is controlled by the Taliban, and Tajikistan is actually unable to secure the Russian border, the Kremlin looks anxiously to the south. But China is also worried  about the Taliban coming to power in Afghanistan. Both Russia and China are well aware that the Taliban groups are, firstly, non-coordinated, and secondly, known for constant violation of any agreements.

Concerns in this case mean attempts to take the situation under control in the future, and this in turn means the inevitability of rivalry between the Russian Federation and China in the region.

Such rivalry implies the resources that Russia will have to spend not on the war with Ukraine. And these resources are finite. So the answer to the question whether the situation with Afghanistan will affect Russian aggression in Ukraine is “Yes.” However, the question of how this situation will distractattention of the world community from Russian aggression in Ukraine, remains open.

With the end of the American military presence in Afghanistan, a very significant military, economic, and therefore political lever is released, which the United States can apply elsewhere. I expect we will find out soon where exactly.