Home » Biden: If Russian military forces move across the border and kill Ukrainian fighters, the USA will support Ukraine and break relations with Russia in a way that never happen even during the Cold War

Biden: If Russian military forces move across the border and kill Ukrainian fighters, the USA will support Ukraine and break relations with Russia in a way that never happen even during the Cold War 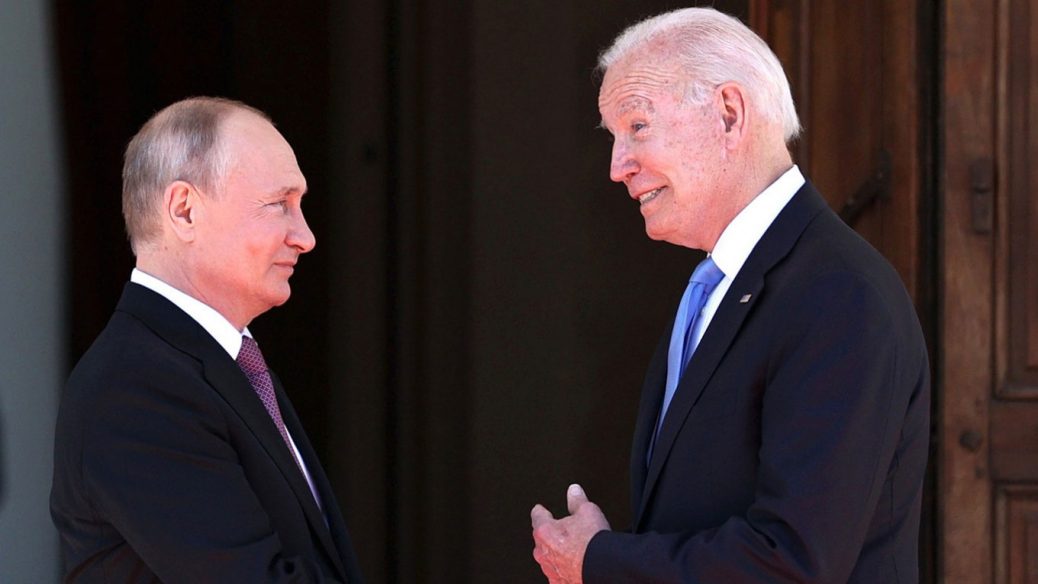 The USA is seriously stepping up its support for Ukraine in the war. US President J. Biden held a press conference to mark his first year in office.

What did and did not Biden say about Russian aggression against Ukraine?

1. Biden said that in case of a large-scale invasion of Ukraine, the US would ban any transactions in dollars, the world’s reserve currency, related to Russia: “anything that involves dollar denominations.” There was no such ban even during the Cold War of the 1940s and 1990s, when the USSR opposed the West. This will mean a complete withdrawal of all major Western investors from all Russian businesses.

2. Biden was asked directly what would have to happen for him to order to apply sanctions and provide assistance to Ukraine. He replied that the decision line would be:

3. Biden said that a lot of Russians would die in the war:

“The cost of going into Ukraine in terms of physical loss of life for the Russians is that they’ll be able to prevail over time, but it’s going to be heavy… This is not just a cakewalk for Russia. Militarily, they have overwhelming superiority. And as it relates to Ukraine, they’ll pay a stiff price immediately, near term, medium term and long term if they do it.”

4. The summary of Biden’s speech was explicitly articulated in an official statement by White House Press Secretary Jane Psaki: “President Biden has been clear with the Russian President: if any Russian military forces move across the Ukrainian border, that’s a renewed invasion, and it will be met with a swift, severe and united response from the United States and our Allies…”.

What conclusions should be drawn?

1. Biden’s goal: to get Putin to the negotiating table on the issue of liberating Donbas and to show the United States’ willingness to intervene much more seriously in the war on Ukraine’s side if Putin tries to influence the negotiations via military threat.

2. Biden pointed out for the first time that deaths of Ukrainian soldiers are a reason for US intervention. Now the US President will have to give an assessment in case of Ukrainians’ deaths at the hands of Russian invaders in Donbas where Ukraine’s borders have long been violated. Thus, if Putin does not negotiate, any military action in Donbas to protect the sovereignty of Ukraine will be even more actively supported by the USA.

3. Russia’s threats are not a reason for “Ukraine fatigue”. On the contrary, Ukraine, as the main front of resistance to Russian imperialism, is getting new opportunities to accelerate its integration into the West. A hostile Russia creates obligations for the West to support Ukraine, and Ukraine can become an advantageous development platform for politics and business in Eastern Europe.

4. The more effectively Ukraine fights in Donbas and the more Russian occupiers are eliminated by Ukrainians within the framework of the Minsk agreements, the more help Ukraine will receive from NATO structures.