Home Opinion Analytics From Kyiv to the Front: Part 2 – The scars of war

From Kyiv to the Front: Part 2 – The scars of war 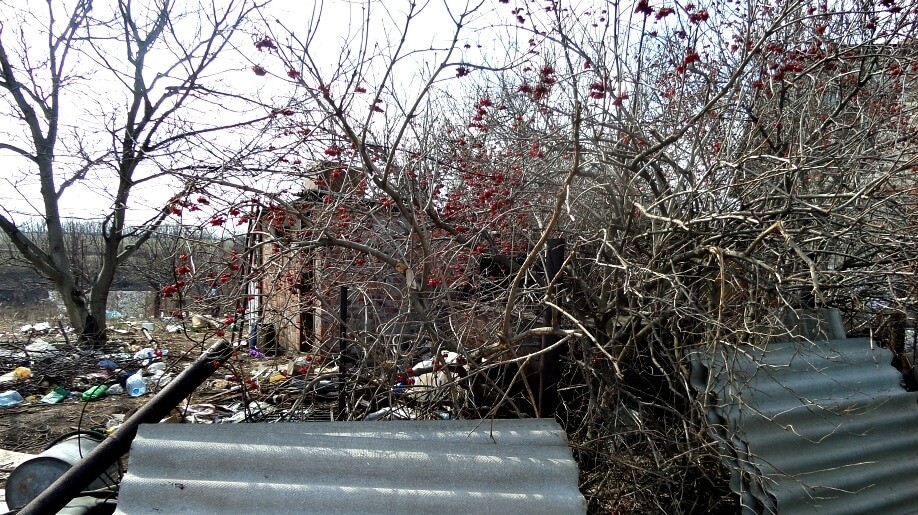 We have read and heard a lot about volunteers providing food, medical supplies, and other essentials for the Ukrainian soldiers at the front. At the same time the General Staff of the Armed Forces of Ukraine and government officials have claimed that the government is doing its job in supplying the soldiers with everything they need.

EMPR has decided to see for ourselves how things stand.

In our search for the truth and to bring our readers a firsthand account our correspondent spent two days with a volunteer group delivering the aid to the soldiers in the Donetsk Oblast. We want to share with our readers the remarkable, unique system the volunteers have set up to provide aid to the patriots of Ukraine who with their strength of spirit, desire for justice and often with their lives are defending our land from the Russian invaders. In the first part of our report we described how the goods are prepared for delivery and distribution, the beginning of our journey, and our visit to the base of a mechanized infantry battalion.

Our journey continues. We leave the Mechanized Infantry Battalion base and head for the small village where the Right Sector units are stationed. Along the way we pass small villages where, strange as it may seem, life goes on. We see people about and even kids playing in yards around their homes. If the fragile truce falls apart these people will be in great danger. Most of the people who live in these villages have never been anywhere outside of their immediate surroundings. The village they were born in and their native Donetsk region is all they know. They know no other world. This is why they stay even with the war so close. They are more afraid of losing their homes, of going somewhere where it is different and unfamiliar than they are of war and death.

In one of the villages we pass a Ukrainian army tank on the road. A young woman walks along the dusty roadside. She is holding the hand of a child in a red jacket. They seem unaware of the tank. The closer we get to the line of demarcation the fewer people we see. The houses here are more damaged. We stop at a half-ruined abandoned house where one of the battalions of the Right Sector is situated. It is very close to the front line, not far from the legendary Donetsk airport. The village seems ghostly and unreal except for the soldiers we see passing by and in the yards. Once upon a time people lived here; they worked, took their kids to school, read books, ate dinner with the whole family around the table…until the war came to their home. People left their homes quickly, taking the bare essentials with them. They didn’t even lock the doors. A locked door won’t stop a war. The walls of the houses are pocked with holes from the shelling. Shockwaves blasted out the window panes. The rooms are a mess: books, papers, and all kinds of items litter the floor. In one of the houses a red saucepan with white polka dots, the kind that was ever-present in every soviet shop, still stands on the stove-top. On the table are a bowl, a plate, and a container for cereal or pasta. In a trench adjacent to the house stands an armored vehicle. Near the house next door right by the gate a dried up, discolored Christmas tree sticks out of the fence netting. A few forlorn ornaments still hang on its branches. A blue-and-yellow ribbon, a tiny flag of Ukraine, is tied to the end of one branch. And on the ground under the tree lies a lost toy: a plush green bunny rabbit, its little muzzle wedged in the ground and a piece of wire breaking out of its soft body. The ground looks ugly and disfigured with holes and deep grooves, the scars left by the shells, the mines, and the tanks. Bricks, metal splinters, and broken tree branches are everywhere. Will this village ever return to a normal life? Who knows. It will take a lot of time and great effort to repair things, to restore houses, and to clean up; to plant trees, berry bushes, and vegetables. Stretches of land with unexploded mines surround the village. A year of war has wiped out decades of hard work that had been invested into building a life. The land here will stay marked by the war for many years to come.

Anti-tank structures known as “hedgehogs” have been installed behind the houses. We’ve seen them so many times in the movies about war. In the background we see a golden field covered in a yellow fuzz that has miraculously started growing in the grey scorched earth. There is the strong smell of charred dirt. We stop next to one of the houses, the so-called “warehouse.” The soldiers of the Right Sector are already waiting for us. All the soldiers, whether professional or volunteer, are always glad to see us. All together we unload the van. There are potatoes, onions, sugar, biscuits, wafers, and candy. Drinking water! The water here is polluted, unhealthy. Besides which there is never enough of it, and not just drinking water, but plain water for washing, too. That’s why we brought lots of packages of wet wipes. The soldiers can’t wait to hear the news from what they call “the mainland.” Especially now, since President Poroshenko issued an order to all volunteer units to withdraw from the combat zone. I want to share the comments one of the volunteer fighters who is also a combat doctor, made in regard to the president’s order. His name is Andrei Hrachiv. He became widely known two months ago after he sent the president a videotaped appeal in which he and his fellow soldiers expressed their displeasure with the policies of the president and the government, particularly those concerning the lack of supplies for the army, but also in regard to the devaluation of the UAH and inflation. He says, “In regard to the statement that the ‘Right Sector’ must withdraw from their positions, I say, sure, and the president will follow. Because if the ‘Right Sector leaves…guys, don’t be foolhardy. Just leave us here to die. Though we will try to survive, and then we’ll ask, what was it for? So what can I say? The Right Sector isn’t going anywhere, we’re true patriots. Not on my life. Of that I am more than convinced.” Andrei gladly gives interviews and he’s not one to grope for words. After giving his comments about what he thinks of Poroshenko’s order he moves on to those Ukrainians who are indifferent to the problems facing the country. “Look at those kids! Here we are, right here, with our weapons. So here we are, and you, you’re over there. Maybe it’s time women understood that the time has come for family members, friends, and men to say ‘Listen, who are you? Cowards or men? You should come here, this is where the real men are. And our friends, the volunteers, without whom we are nothing, they are a part of us, we are one whole. We couldn’t get anywhere without them. So, Mr. President, don’t move the Right Sector. Even to try to do that is no good.”

I take advantage of the opportunity and ask him whether he has seen Russian soldiers fighting in Ukraine. The answer is simple: “Yes. I personally dragged the copses of Russian soldiers. We picked up their documents – they were RF documents, RF.” Andrei the doctor joined the army on his own; on his own he chose to trade his home and his comfortable, secure life for a life rife with danger, under flying shells and bullets.

On the whole, volunteers stepping in to help the army is a unique phenomenon, an intuitive obligation in Ukraine. People from all walks of life fight heroically in both the volunteer battalions and in the professional army. They include journalists, lawyers, mechanics, plumbers, and veterinarians. People who before the war had nothing to do with the military have become capable fighters in a short span of time and are successfully resisting the well-trained and well-schooled Russian troops.

And then there are the people who stand out for their courage, even among the volunteers. Today I was lucky to be able to talk with one of them: a lawyer, Olia Bashey, known under the code name “Crumb.” She worked as a notary’s assistant in Kyiv but when the war broke out she dropped everything and went to the front. Without medical training and lacking medical experience, in the span of half a year, she saved the lives of 500 wounded soldiers. Looking at this smiling young woman of medium height you cannot help wondering where she gets the strength and courage to challenge death every day, saving soldiers from the grip of death. “I just know that our guys need someone like me,” Olia says, smiling her usual radiant smile.

The van has been unloaded, the last picture has been taken, brief farewells have been exchanged, and we’re off. We drive through the same check post we had passed through that morning and stop once again at the same gas station. Hot dogs, coffee, cigarettes. We’re going home. At night, in the car, I recall all the guys we’ve met today and I think about how glad they were to see us, to see us again, to be reminded that out there “on the mainland” they are not forgotten, and I think to myself that just for that, for that alone it was worth going on that difficult, dangerous journey. For that and for me to renew my confidence yet again that my countrymen are stronger and more united now than they have ever been before.

This story is also available in Russian.