Home » High-grade information war or the pose of an ostrich?

High-grade information war or the pose of an ostrich? 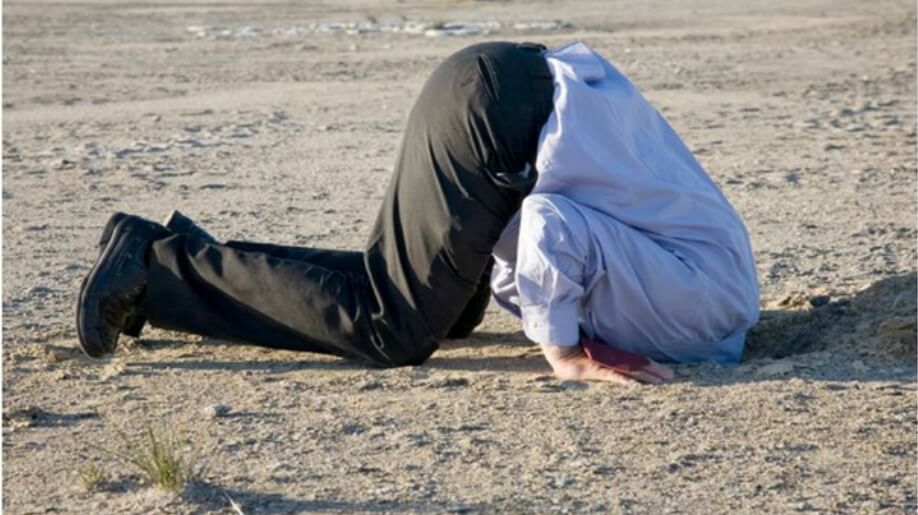 EMPR continues its exclusive series “Notes of an old warrior in the kitchen” by military expert Ukrop Bobrovsky in which he shares his opinion and analysis of the situation in eastern Ukraine.  The author is a military man, an officer (there are no “former” officers” but he left service long ago) who served in various regions of the RSFSR for more than 20 years and has experience in several armed conflicts.

Ukraine is catastrophically behind in spreading information about the events in Donbas and is almost totally losing the informational war with Russia.

Why are there only constant “snide” remarks by Putin and his herald in the world, Sergey Lavrov, minister for foreign affairs, about the unproven presence of Russian troops in Ukraine? According to Lavrov, for Russia to acknowledge the presence of its troops in the Donbas and their supplying of weapons there, we need to provide them “material evidence”. Putin’s words: “Prove it!” are especially cutting.

Frankly, I ashamed for my country Are we really that toothless, or there some sort of “undercover” games going on here?

After the creation of the Ministry of Information, there was hope. “Well, finally!” I thought, assuming that the newly created entity would start powerful work on informational issues. But it’s probably just a chair for Yuriy Stets. However, modern technology allows you, without even leaving your computer chair, to conduct the defense of and offensive on people’s brains.

For example, there was information that the Russian “vacationers” (Russian militants who spend their vacations in Donbas) released gas in Donetsk Airport terminals. This is a gold mine for informational warfare! Immediately, set up a special international group, create a huge information din, involve experts, make requests to international organizations, etc. Ring all the bells, worldwide! And it’s the same situation with the phosphorus, cluster munitions, etc.

What can oppose the Russian information occupation? Immediately arrange, even if remotely, efforts in the regions of Russia from where they send troops or the regions where they bury the dead. Distribute, via SMS, social networks, satellite television and radio messages, pictures of the dead, burned equipment, and the abandoned graves of Russia servicemen.

It’s a huge disappointment with the Russian prisoners and militants. Our official ATO spokespeople with bravado tell us from the screens that they have captured an FSB officer, marine or soldier of the Chechen Interior Ministry, or identified a corpse. But where’s the press conference, the video, photos, etc.Why are the relevant high-profile cases not on television and other media? Yes, maybe it is not ethical to show corpses, but this is about War and Truth! War is not conducted with humane methods! And then, also, gradually people start to question their government, saying: “Maybe they are lying to us about Russian forces?”

I, as most of the world, am sure that Russian “Buratino” “Buk” systems are not operated by “elements resentful of authority,” such as miners, but by staff teams of Russian Armed Forces. But, again, their detained equipment and documents exist. Where are the huge information attacks about such issues using TV, social media, Internet, directed firstly at the Russian audience and the world?!

The so-called DNR and LNR conduct endless press conference on TV and rely on them and to show the world Ukrainian fighters, the damage allegedly caused by Ukrainian troops, and they give countless interviews. Why are we only watching but not reacting?

Where are the Ukrainian spies, guerrillas and special groups? Why can’t we organize special operations to capture and bring to our territory significant, high-ranking individuals from DNR who can tell who is who? As a military man, I understand that is not always possible to bring certain people across front lines, but it is quite possible to organize a video interview. And then let the Russia and the so-called DNR, LNR make excuses. After all, Russia is constantly forcing us to make excuses, putting us in an awkward position before the international community. Enough is enough! Maybe it’s time to beat them with their methods! Russia must deny or make excuses!!!

Combat operations are conducted in a territory that is almost completely covered by the network of Ukrainian mobile operators. Why do we not send SMSs with specific information (like advertising or spam) about things such as the following:

• Shopping or holiday trips abroad of the children of the so-called leaders of DNR, LNR

• The use for personal purposes of Russian “sponsorship money”

Through the use of surveys amongst the Russian segment, and among the Russians themselves, via social networks and SMS, we can fill up certain regions of the Donbas with questions like:

• Why do they take out equipment of plants to Russia, if they are promising to create jobs and a prosperous republic?

• Where is the money that Russia gives for the DNR?

• Why did the “OPLOT” formation receive money, but the “Kalmius” did not?

• Where did Zakharchenko’s daughter get money for holidays abroad if the republic is starving?

I am certain that in Ukraine there are specialists who are able to formulate such messages to achieve certain goals. All of this, drop by drop, will anger the minds of the belligerent Donbas people and bang the heads of the gangs, and it can incite quarrelling among the various Russian Cossack mercenaries.
In the same way informational pressure can be put on the Russian fighter: “this regiment was destroyed, 21 soldiers from it are on ‘Cargo 200’ (transport of dead back to Russia). There are 10 fighters without legs. How will they live?” etc. But we must be doing it constantly, offensively and aggressively.

I have a lot of questions for the Ukrainian Ministry of Foreign Affairs. For example: why not send, into the neighbouring state, a flood of requests through Foreign Ministry channels, asking why cutting-edge weapons systems belonging only to them are being found outside Russian territory? And with the help of intelligence and technical intelligence make real confirmation of these facts (although they already have), until crewmembers are captured.

Our MFA does not take much offensive action in the best sense of this word. It’s not enough to speak at the UN Security Council and other international organizations. It is necessary to make Russia nervous, refute, and makeexcuses!

Finally, we must provide international legal assessments of the so-called “Russian Armed Forces on Vacation” on the territory of another country participating, during such vacations, on tanks in regular military formations. And, most importantly, we must squeeze the Russians using these conclusions.

After all, Russia has consistently initiated criminal proceedings against Ukrainian soldiers, and even ministers; and from our side there is a constant game of “democracy” and “peace plans.” Are there no claims against any Russian official or military individual, particularly on our territory?

Why not create a special widely publicized website to collect and document information that is currently scattered on different media and the Internetabout events in eastern Ukraine. There, photo galleries of Russian technology, destroyed and active, can be constantly displayed. Individual Russian “vacationers,” both the living and the dead, can be documented. Who prevents us from maintaining an operational table of military units Russian there, indicating the commanders, their phone numbers, place of dislocation, the losses of the units (preferably indicating surnames), of those who have become disabled, and the burial places of those killed. Distribute this information widely and constantly via e- and elsewhere (SMS, social media, internet).

For this practically full-time monitoring of the Internet to be effective, a “call for information military service” is needed among Internet users and bloggers, providing then with a clear explanation of what, how and where to do it. It necessary to create a Cyber Volunteers Movement to help in the informational war with Russia!