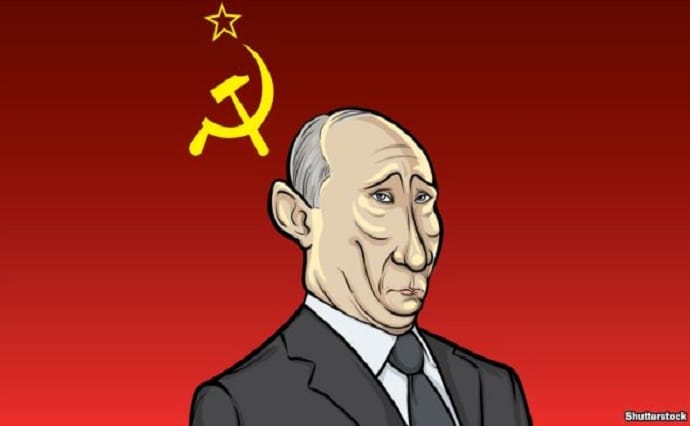 Putin annoyed about Varta at Bankova and says that President Zelensky is dealing with Ukrainian nationalists.

President of Russia Vladimir Putin has said today he does not want Ukraine to regain control of the border. He fears that Ukrainians may start ethnic cleansing in the territories liberated from Russian occupation.

Putin has actually denied yesterday’s arrangements and statements of the Normandy Four and keeps insisting that local elections should take place in Ukraine’s non-government controlled areas. This is outrageous, because there are no precedents or international standards for holding democratic elections in occupied areas. We demand that the Office of the President of Ukraine and the Ministry of Foreign Affairs of Ukraine respond to such destructive statements of the Kremlin leadership.

It should be noted that ethnic cleansing is typical of the modern Russian state, which persecutes the Crimean Tatars, destroys peoples of the North Caucasus and the small peoples of Russia.

And Putin’s reference to Srebrenica is the height of cynicism because it was Russia that denounced the UN Resolution on recognizing Srebrenica massacre as genocide in 2015.

However, today Putin also has emphasized with irony that President Zelensky is dealing with “Ukrainian nationalists.”

Perhaps for authoritarian Putin, this is truly a wonder. But Ukraine is a democratic state in which citizens force the authorities to listen to society.

The president of Ukraine is disputing with the vast majority of Ukrainians who oppose the Kremlin’s fads and not with the “nationalists.”

It have been non-indifference of citizens and mass protests, and especially Varta at Bankova, that have warned President Volodymyr  Zelensky against fatal concessions and mistakes in Paris.

As a result, Varta at Bankova still forces both Volodymyr  Zelensky and Putin to reflect.