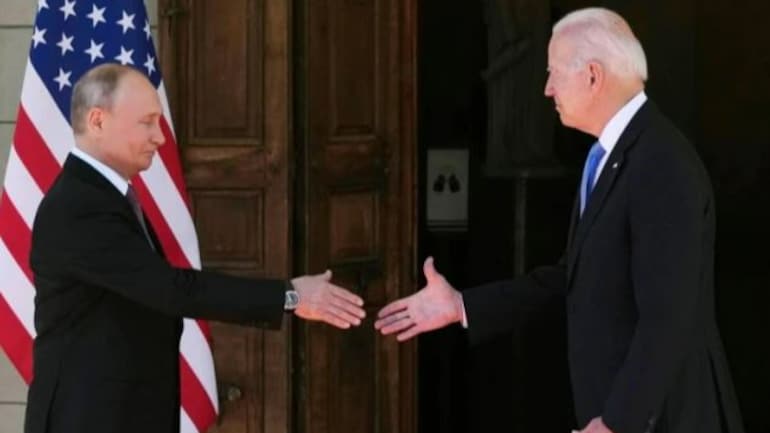 Agora International Human Rights Group (Russia) has published a report dedicated to the month of Russia’s war in Ukraine, which stated that Vladimir Putin started preparation of full-scale invasion into Ukraine immediately after Bide’s victory in the Presidential election.

This report explains many processes that previously seemed unrelated and chaotic. And it turned out that they were part of a grand plan.

The full report can be read here.

We publish the key points

•          A series of meetings of the Security Council of the Russian Federation in November 2020 (!) started the campaign of prepation for the attack on Ukraine.

The reason for this is as follows. The US presidential election took place in November, and Donald Trump, who was clearly relied on by the Kremlin as an ally, lost to Joe Biden. This meant the inevitable resumption of the confrontation.

•          Russia’s preparations for the clash were conducted in several areas: domestic and foreign policy, as well as military.

Coronavirus restrictions and increased police control were also used by the authorities to prepare for the “special operation”.

Neutralization of the political space. The authorities have consistently identified and neutralized all major and even potential organizers of mass street protests. These are the structures of Oleksiy Navalny, Mykhailo Khodorkovsky and the most active wing of the Communist Party.

Destruction of the information freedom. The media and the opposition formed public opinion and would inevitably create a strong opposition to state propaganda.

Administrative liability for discrediting the Russian armed forces, calls to prevent their use, and calls for sanctions were introduced. At the time of publication, at least 213 administrative and 10 criminal cases are known.

•          Technical preparation for the isolation of Runet from the global network in the form of total traffic control and expulsion of BigTech began in the spring of 2020 after the change of leadership of Roskomnadzor.