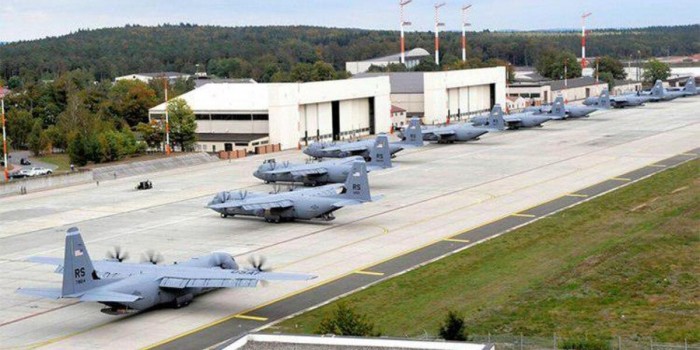 Analysis on the results of the Ramstein meeting for Ukraine and the world defense.

• 40 countries, not only NATO/EU. There were representatives from Israel, Japan, and several other interesting countries.

• A steady mechanism has been set up to provide us with military assistance. Now special people will do it 24/7.

• The overall goal has officially changed from holding back the Russian Nazis to defeating them.

• It was decided that we will be given NATO-style weapons, the “heaviness” and technological sophistication of which will gradually increase. This brings us out of a deadlock when we run out of decent Soviet-style weapons.

• Our soldiers are already little by little learning how to handle heavy weapons and equipment in NATO countries (there are funny situations when our guys shoot NATO howitzers offhand better than instructors). Training programs will be expanded right now even for the weapons which we do not receive yet. So that we are ready when they arrive.

• On the agenda is the format of long-term cooperation, including the production of weapons in the future, Ukraine’s place in the chains.

I traditionally urge you to be realistic about this process and not to believe the posts telling you that NATO will give us spaceships tomorrow and in unlimited quantities.

We will still have to fight weeks or months mainly with our available forces. Until targeted assistance becomes systemic.

The main thing is that a systemic transition has begun, during which Ukraine will have to retain its advanced production facilities and integrate into the chains where we are competent.

This is neither quick nor easy. But this is roughly the way that ensured total mutual compatibility of Sweden and Finland with NATO. When a political decision becomes a matter of conjuncture and will be made very quickly.

When they say that the defenders of Mariupol, Kharkiv, Avdiivka, the protesting residents of Kherson, etc. are buying us time to shape a better future, this should be taken literally.

For us, this time flows unbearably slowly; every minute is literally paid for with blood.