Home » Russia tries to influence the Internatioanl court of Justice

Russia tries to influence the Internatioanl court of Justice 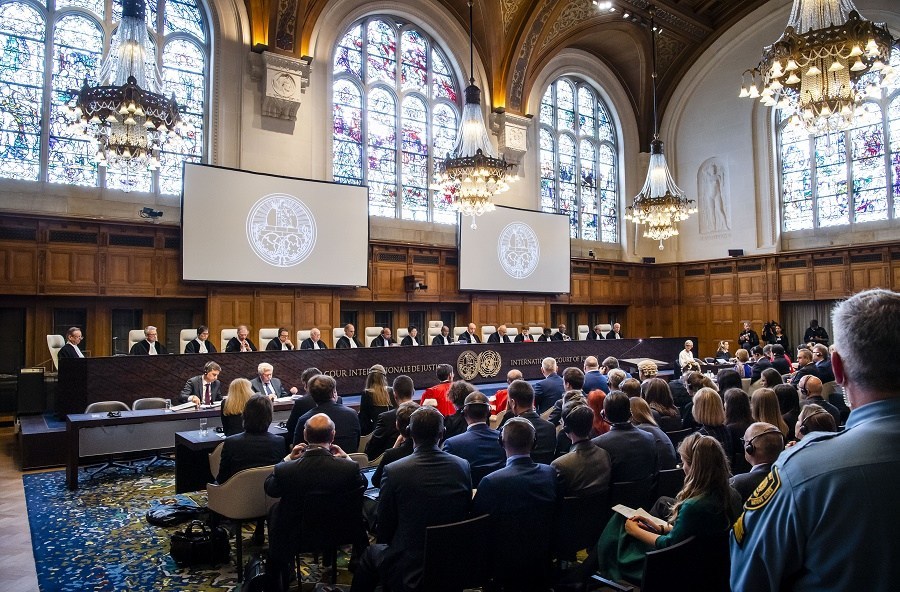 While considering objections in the case brought by Ukraine to the International Court of Justice in The Hague, Russia tries to influence the court and make it consider the case on their own terms instead of jurisdiction issues.

This was announced by Olena Zerkal, Deputy Minister of Foreign Affairs of Ukraine for the European Integration and Agent of Ukraine in the case “Ukraine against the Russian Federation.”

“Does the International Court of Justice have to consider a case filed by Ukraine?” The parties are answering this question in the Court this week. Russia’s arguments have been known for a long time. September 12, 2018 Russia sued its Preliminary Objections. The 250 pages of the text are designed to confuse everyone and distort our case into something completely different than what Ukraine means. Lengthy explanations are reduced to several points.

The first point is that, in the opinion of the Russian Federation, the Court has no jurisdiction to consider Ukraine’s statements about aggression, unlawful occupation, and evident violation of the UN Charter, and therefore Ukraine seeks to circumvent these juridical restrictions and tries to craftily squeeze these violations into the jurisdiction of the two Conventions.

The second – in the opinion of the Russian Federation, all the violations claimed by Ukraine are not violations actually. “No terrorism, no funding, no persecution. This is the most dangerous part. On the one hand, Russia tries to distort the whole evidence base … On the other hand, it tries to change the texts of the conventions, insisting on reading them so that Russian actions do not fall within the scope,” Zerkal said.

The third – in the opinion of the Russian Federation, Ukraine behaved unfairly during attempts to settle a dispute peacefully before appealing to the Court.

According to Zerkal, the manipulations are constructed very skillfully. “Both written documents and speeches of Russian lawyers are full of intricate arguments. But it is enough to have a glance at the structure of these arguments to understand their fallibility, “she added.

Zerkal said that Ukraine’s response to Russia’s objections was also set out in written form. On January 14 this year, Ukraine submitted its Written Statement. “Immediately after the meeting starts, it will be available on the website of the UN Court. Over 200 pages explain why the position of the Russian Federation is incorrect, ” Zerkal said.

Firstly, according to her, the RF is trying to influence the court and instead of matters of jurisdiction, to consider the case on their own terms. “As I have already mentioned, this is the biggest danger and trap. Russia is trying to tell the Court – forget about thousands of pages of evidence, look at just a few facts that Russia has selected. In the modern media world, such manipulation often works. But it should not work in the reputable UN Court. At this stage, the Court is considering only issues of jurisdiction,” emphasized Zerkal.

“Secondly, we explain again and very carefully what the nature of the dispute is. We are talking about a conventional, not craftily construed understanding of conventions. We talk about the appropriateness of their application to our dispute. And we encourage you to consider this dispute objectively. Of course, we keep recalling, patiently and scrupulously, how we negotiated with the Russian Federation and urged them to eliminate violations,”noted the Deputy Minister.