Home » Russia – Ukraine war: How the Normandy format turned into the Budapest one

Russia – Ukraine war: How the Normandy format turned into the Budapest one 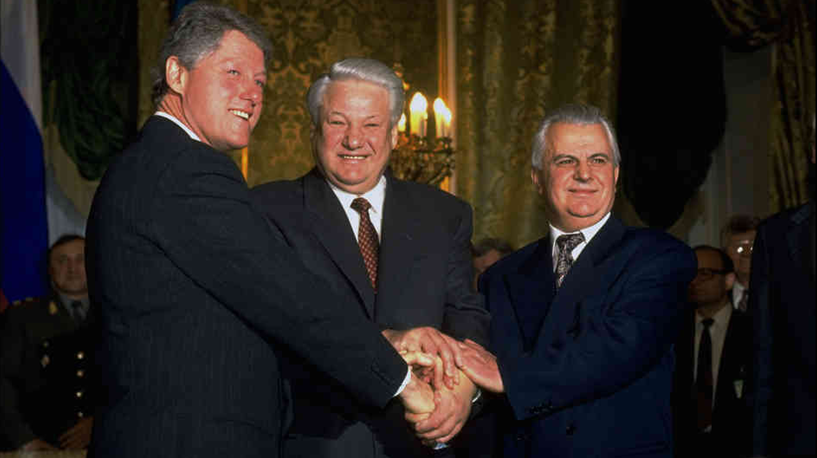 The visits to Моscow by British Foreign and Defense Ministers Liz Truss and Ben Wallace on February 10 and 11, as well as telephone conversations between Anthony Blinken and Joseph Biden with the Kremlin on February 12, convincingly show that the Normandy format is already being replaced by the Budapest one.

Great Britain and the United States, as countries guarantors of the sovereignty and territorial integrity of Ukraine, are asking the Kremlin when it will withdraw its occupying troops without any conditions.

So that the Kremlin does not get the impression that it will end in talk, the United States and a number of NATO countries have taken several very specific actions. Among them is the decision on the partial removal of US diplomats and their families from Ukraine on February 12, which was also duplicated by other countries. This step shows Moscow that the United States is ready for military operations with the Russian Federation and is building logistics for them. About 2,000 more troops from the US 82nd Airborne Division arrived at the Polish-Ukrainian border. Soon the whole division will be here.

Russian scientists and analysts should have taken a closer look at the United Russia emblem rather than look for Masonic signs and secret predestinations on US dollars. Because this emblem features the path of Russia in the most concrete way: the polar bear goes into the ice of the North Pole. The only thing missing is Lenin’s quote, “You are on the right path, comrades.” But here, even without Lenin, everything is clear – into the ice, comrades Great Russians, into the ice, there is your place. Once you have betrayed the brown bear, which has been the emblem of the Russian Empire since the Crimean War, you shall climb onto the ice floes and drift.

But for now, the natives of the Kremlin are trying to drift on the ice floes between the Normandy and Budapest formats. The Kremlin really wanted Yalta-2, and it received one in the form of negotiations with Great Britain and the United States on the withdrawal of Russian troops from Ukraine, Georgia and Moldova. The dream came true, but the Kremlin is not happy about it, and it turned to Macron with a request to return these negotiations to the Minsk Agreement and the Normandy format.

Good Macron agreed to help, but the Kremlin itself ruined everything. It not only failed the meeting of advisers in Berlin on February 10, but also immediately presented a new ultimatum to Ukraine through Masha Zakharova and declared the Black and Azov Seas a firing zone for the Russian fleet. The fact that Moscow de facto invaded the territorial waters of Ukraine did not bother the Kremlin at all. But this puzzled Macron, who called Putin on February 12 and asked: do you need war or peace negotiations, please decide. Because dialogue is incompatible with military escalation.

It is not known what the Kremlin said to Macron. It seems that they decided to arrange a tender between Paris and Berlin: which of them is ready for big concessions at the expense of Ukraine. The Kremlin is now waiting for the arrival of Chancellor Scholz on February 15 and hoping that he will be more compliant than President Macron. To increase Scholz’s compliancy, rumors were naively spread that the State Duma might recognize the independence of the two “republics” in ORDLO. Moscow believes that if it officially annexes ORDLO, it will frighten everyone and make them more compliant.

Firing exercises in the Black and Azov Seas, where almost a third of all Russian military fleets were pulled, is also from this category. Carrying out these exercises without the consent of Ukraine is tantamount to a military attack. Ukraine did not give such consent. Moreover, the Ukrainian Foreign Ministry demanded that the Russian Federation provide explanations about them within 48 hours. Moscow did not do this. Now the Ukrainian Foreign Ministry has launched in Vienna the process of obtaining a certificate from the OSCE that the Russian Federation has carried out an armed invasion of Ukraine. Soon, the Russian Federation will also begin negotiations in the Vienna format, and Ukraine will receive a certificate from the OSCE on Russian aggression with permission to repel it on its own and with the involvement of the forces of other states in accordance with the provisions on collective security.