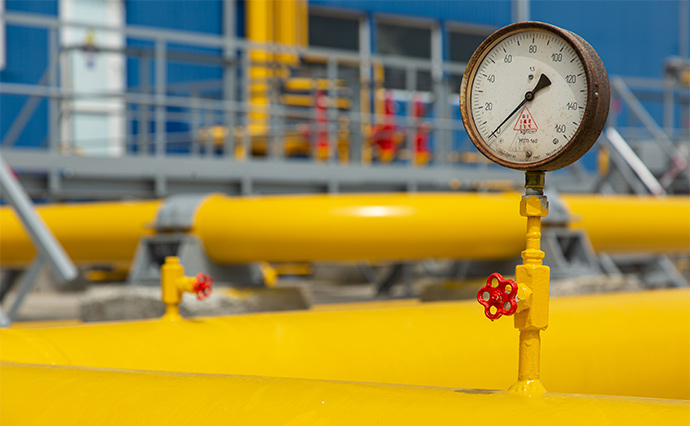 On November 25, 2015, Gazprom last cut off gas supplies to Ukraine. Since then, Ukraine has stopped buying natural gas from an unreliable supplier and a hostile neighbor. Special project ePravda prepared deep analysis on why Ukraine refuses from Russian gas and why the Nord Stream-2 is rather geopolitical weapon than economical project.

Why Ukraine didn’t buy gas from Russia for 6 years?

Although in the recent past it seemed impossible. In six years, Ukraine has gone through the transformation of its own gas market and refocused on the EU. The following material is about the reasons for Ukraine’s refusal of Russian gas, about Russia’s blackmail, about the use of the gas pipeline as the Kremlin’s global weapon.

It calculated that we have lived without hostile neighbor’s natural gas for 2,210 days. During this time, Ukraine has begun transforming its own gas market, Naftogaz has undergone reforms, and the state-owned company itself has ceased being unprofitable for the first time in a long time.

Until 2014, Ukraine imported 30-55 billion cubic meters of natural gas a year from Russia and paid huge sums for them – on average, $5 billion more than it received for transit. In addition, the “take or pay” principle was applied.

Russia was creating enslaving terms of cooperation that were beneficial only to it. When Gazprom cut off supplies to Ukraine in 2015, the Kremlin expected a quick surrender, recalls Yuriy Vitrenko, chairman of the board at Naftogaz of Ukraine.

Understanding that Russia will blackmail Ukraine in exchange for gas and demand concessions on sovereignty and independence issues has prompted the search for alternative sources of natural gas supplies.

In 2015, Slovakia became the largest destination for reverse gas from EU countries. Ukraine also imports gas from Poland and Hungary.

Ukraine is creating a full-fledged gas market, has carried out reforms and demonopolization. Unbundling has taken place – the process of separating Ukraine’s gas transmission system into the management of an independent operator, as required by European standards, including the EU’s third energy package.

Increasing the level of energy efficiency of industry and housing and communal services also plays an important role in energy transformation. We have made progress on this issue, but there is still room for improvement.

Moreover, economical consumption is not only a matter of economic benefit, but also of saving the planet. At the last UN climate summit, Ukraine, together with the civilized world, pledged to reduce greenhouse gas emissions by 40% by 2030.

During the transition to renewable energy sources, a lot of countries, including Germany, consider gas a more environmentally friendly transit technology compared to coal. Ukraine is able to cover its needs with its own gas, experts say.

To increase production, Ukraine has promising areas in the east of the country and on the Black Sea shelf. They may increase the amount of Ukrainian gas in the next 10-15 years.

“Ukraine has enough hydrocarbon reserves. We are talking about hundreds of billions of cubic meters of reserves that can be sustainable for future generations of Ukrainians. Under favorable conditions, the Black Sea shelf alone can add about 10 billion cubic meters of gas to annual output stats in the long run, when it reaches its peak capacity. There are enough gas reserves on land as well,” Vitaliy Shcherbenko, Head of the Federation of Employers of the Oil and Gas Industry stresses.

Russia is of course dissatisfied with the energy development of Ukraine and its independence, so it seeks to return us into its geopolitical orbit. The Kremlin aims to stop gas transit by Ukrainian GTS with the help of bypass pipelines.

By all available means, Russia is trying to speed up the certification of the completed Nord Stream- 2 pipeline and is resorting to its favorite and proven method – blackmail.

Due to Russian manipulations, prices at European hubs reached record highs in the fall. Governments in Europe are taking emergency measures to curb rising energy prices.

Ukraine has done even better in this regard. More than 16.5 billion cubic meters have been accumulated in our underground storage facilities (as of November 23). This will be enough for the winter heating season.

However, Russia’s blackmail is likely to peak in the winter. It is important for Ukraine that the EU resists this pressure and makes no exceptions for Nord Stream- 2 during the certification process.

Nord Stream-2 does not meet EU energy criteria. The certification of Nord Stream-2 AG as an independent operator contradicts the rules of the Third Energy Package of the European Union and undermines the foundations of competition in the market.

In the near future, Ukraine’s main task is to maintain transit through its GTS, as it is the key to the country’s security.

Kyiv has to resolutely refute the Kremlin’s lies on this front of the hybrid war as well. The Ukrainian GTS has been supplying gas to the EU for years without interruption, and is the optimal and much cheaper route for many European countries.

“Ukraine can offer twice as much capacity as Nord Stream-2. Our GTS is ready to pump up to 146 billion cubic meters at competitive tariffs,” said Serhiy Makogon, Director General of the GTS Operator of Ukraine.

Gazprom is not ready to provide our GTS with such volumes of gas. This could be done by other independent suppliers, including Central Asian countries.

To do this, Russia must unblock our GTS on its part on the Ukrainian-Russian border. So far, only Gazprom can pump gas through Ukraine from Russian territory.

It is equally important to finally integrate the Ukrainian GTS with the EU system and to interest the EU countries in storing their gas reserves in Ukrainian underground facilities.

Gas blackmail, or rather the US’s unappealable position on sanctions against any Nord Stream-2 operation in the event of Russia’s military escalation into Ukraine, has been a major issue in recent talks between US and Russian leaders. American sources write about the stable position of the United States not to allow Russian gas to burn in the Nord Stream-2 pipes, supported by Germany’s assurances to block the Russian pipeline – as soon as Russia dares to take military action in Ukraine. At the same time – the Russian press immediately after the two leaders’ talks spread information about the lifting of sanctions from Nord Stream-2 for Russia.

“An important task of Ukrainian energy diplomacy is to encourage Brussels not to succumb to gas blackmail by Russia, which it has been trying to carry out in recent months.