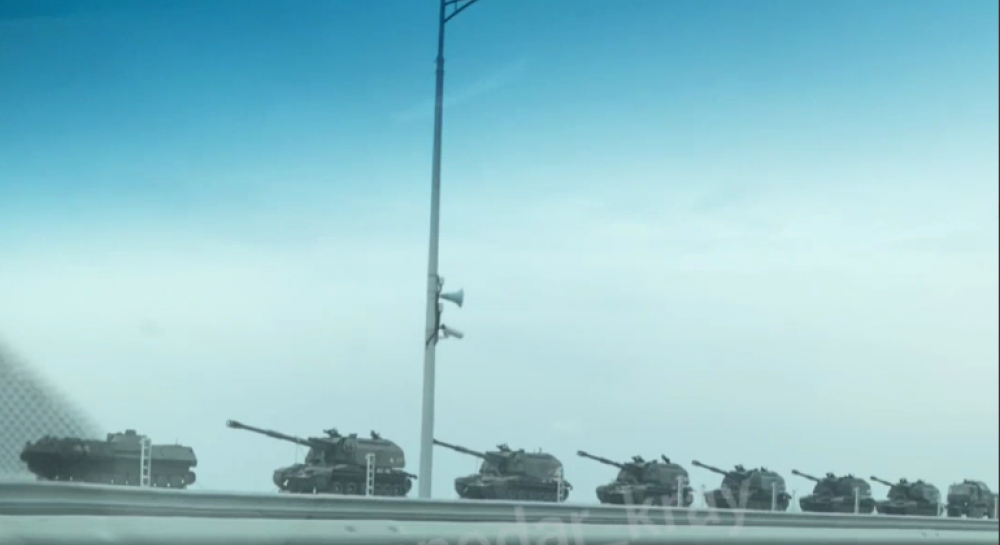 As the Information Resistance group predicted, the Tuva-style withdrawal of Russian troops from the Ukrainian borders acquired a somewhat specific character.

It is noteworthy that TWO US strategic RQ-4 Global Hawk UAVs (call signs FORTE-10 and FORTE-12) were sent to control that process on April 24, 2021. Usually, no more than 5 or 6 such aircraft work in ALL of Europe. The historical maximum concentration of these US UAVs in the European theater of operations was recorded only once and amounted to 8 units. Therefore, the SIMULTANEOUS appearance of 2 UAVs in the Ukrainian airspace, and in the Black Sea region, is quite a singular case.

Both aircraft performed not very ordinary flights. What’s more, they did it together with the US Navy P-8A Poseidon reconnaissance aircraft.

The matter is that one of these UAVs (FORTE-10) actually ignored the ban put by the Russian military command on flying in one of the “closed” airspace zones near the Crimean Peninsula, and having dropped to an altitude of 14,500-15,000 meters, slowly flew over the Crimean coast in the indicated zone, without entering directly the peninsula airspace.

A lot of observers concerned link all these actions of US strategic reconnaissance UAVs with the alleged Americans’ desire to disclose the Russian air defense system deployed in the Crimean Peninsula.

The thing is that not only did both of these UAVs thoroughly explore the Crimea, but also properly examined the area of the Russian Black Sea coast, reaching the region southwest of Tuapse – Sochi. Moreover, the Hawks scrupulously inspected the WESTERN and NORTH-WESTERN part of Crimea, which is closest to a strategically key region of the Ukrainian coast – the Skadovsk – Kherson – Mykolayiv section…

As for conducting any adversary amphibious landing operations, this part of the Ukrainian coast is the most ADVANTAGEOUS (excluding the Azov coast).

It should be reminded that the RF has amassed and deployed a powerful amphibious grouping of troops in Crimea, including not only the units and formations of the marine and airborne forces stationed there on a “permanent basis,” but also a number of units of the marine and airborne forces from other regions Russia, including operational units of the 7th Airborne Assault Division, the 171st separate amphibious regiment of the Caspian Flotilla and a number of Airborne Forces formations.

In addition, the Russian forces and the Black Sea Fleet, which are quite sufficient for carrying out an amphibious operation by the Crimea-based 810th Naval Infantry Brigade and several separate marine infantry battalions, have been SUDDENLY and MASSIVELY reinforced with vessels not only from the Caspian Flotilla, but also from the Baltic and even the Northern fleets of the Russian Federation, and as a second echelon (so to speak, in case of the need to develop success), the Russian command also unambiguously has transferred and deployed formations of the 58th Combined Arms Army of the Southern Military District with all its own “iron,” including tanks, long-range artillery and missile systems.

And that doesn’t even include the ADDITIONAL powerful strike group of the Russian Aerospace Forces equipped with new and modernized aircraft carrying Kalibr missiles.

In fact, under the guise of the military build-up the Russian military command has practised the scenario of a strategic offensive operation in the Ukrainian southern sector, including, presumably, a massive air missile strike and at least one tactical amphibious operation.

It is NO ACCIDENT that Patrushev has visited Crimea.

And that is why on April 24, the American Global Hawk UAVs ) were sent to control whether or not this “horde” leaves.

As can be seen, there is no SIGNIFICANT change in the composition of the concentrated and deployed grouping of Russian troops in our southern sector SO FAR.