Home » The fate of Mariupol defenders

The fate of Mariupol defenders 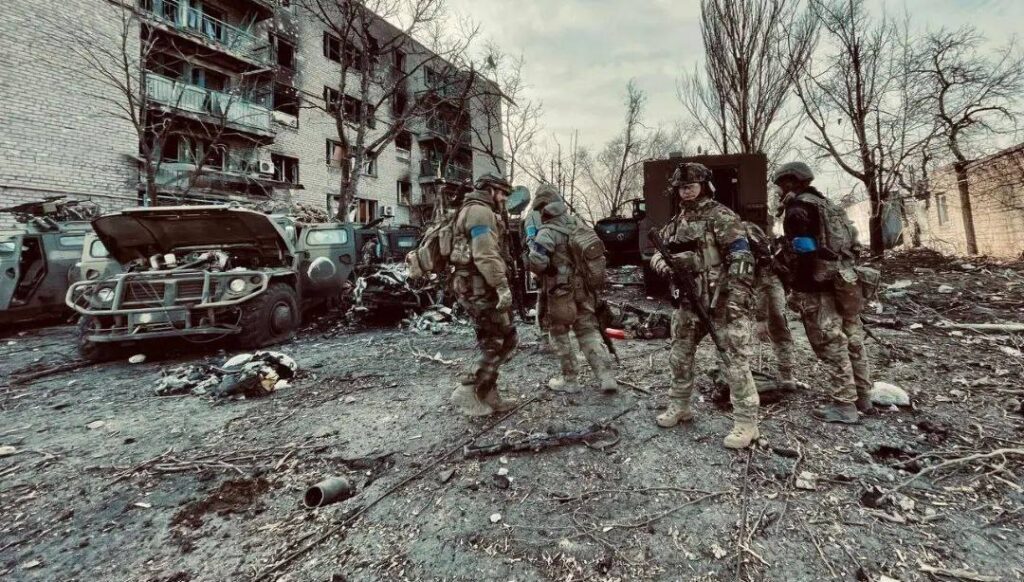 The fate of the defenders of Mariupol depended and depends on the orders of the Supreme Commander-in-Chief. This is stated by Yuriy Butusov, Editor in Chief censor.net.

Volodymyr Zelenskyy criticized the previous leadership for Ilovaisk and Debaltsevo, and now he is the one responsible for Mariupol, the tragedy of which is many times greater than Ilovaisk, Donetsk airport and Debaltseve combined.

The defenders of Mariupol carried out orders without hesitation, despite the complexity of the situation and understanding that from the very beginning of the war they would have to fight in the encirclement.

Let me remind you the following.

On February 25, Russian troops occupied Melitopol after several shootings, there was no time todeploy defense here. The control of the Pryazovya and southern Zaporizhzhia, as well as the entire corridor from the Crimea to the Russian Federation, depends on this key city. And it was left without serious defense.

On February 26, Russian troops entered Berdiansk without a fight. At the same time, Russian troops approached Tokmak, Pology, Vasylivka, and Orikhiv, that is, the main highways to Mariupol were intercepted or threatened on the third day of the war. It became obvious that Mariupol is in an operational encirclement.

The leadership of the Azov regiment understood the critical situation and the threat of the encirclement, open rear, and tried to cover up Berdiansk and Melitopol direction. But Azov was ordered to operate exclusively in Mariupol.

On March 1, Russian troops broke through the defense of the 53rd brigade of the JFO north of Mariupol and cut off the main roads to the city. At the same time the assault on the city began from the north. At that time, if there was an order for a breakthrough, it was still possible to leave the city and save the main forces, and strengthen the southern front.

On March 3, Mariupol was completely encircled, all the roads were intercepted, and Russian troops began the assault from the west as well.

About 5,500 defenders of Mariupol as part of the 36th Marine Brigade, the Azov Regiment and other units were to receive either a breakthrough order or a hold order because the ring would have to be broken by someone else from the outside. But the initiative was on the Russian troops side.

Units of the 53rd Mechanized Brigade were repulsed to Volnovakha. It is already 65 kilometers from Mariupol. For some time, the defense in this area was stabilized. While Volnovakha held on, there was still a chance for an organized breakthrough from Mariupol, although this would have led to heavy losses. But the Russians concentrated large forces to attack Volnovakha.

On March 12, Russian troops captured Volnovakha. This led to the withdrawal of Ukrainian troops to Vugledar and Velyka Novosilka, the distance increased to 100 kilometers.

From the very beginning, the fate of Mariupol depended and still does on the political decisions of the country’s leadership. There was no unblocking, but there was time for reflection.

From the very beginning, the defense in the encirclement was a conscious self-sacrifice of thousands of heroes who died without the ability to evacuate most of the wounded, without the ability to receive ammunition. They understood that the encirclement was a great threat, but they obeyed the order because they were sure that the state would do anything for them as long as they could keep their weapons and have something to fight back.

Several heroic raids by Ukrainian helicopters saved many lives, but it was impossible to establish an air bridge in the encircled area, and the enemy completely blocked this route.

The defenders of Mariupol did the impossible when they endured 58 days in incredibly difficult conditions. It is difficult to comprehend what losses they suffered, what great losses they inflicted on the enemy, and what sufferings and torments those who are still alive, the hundreds of wounded, who suffer without proper help, the thousands of civilians, who are trying to escape, went through.

The government cannot simply confine itself to appealing to world leaders. This is the responsibility of the Supreme Commander-in-Chief. All possible ways to save the lives of those who still hold the last frontier of Mairupol are in the hands of the man whose orders are carried out by our soldiers.

Therefore, we are waiting for political and diplomatic actions of the authorities. The actions that can ensure the rescue of those who by order did the impossible for the sake of Ukraine and each of us.

Update: before commenting, I advise all the fans of the government to note that this text is beingreposted and supported by real defenders of Mariupol, who directly defend the people of Ukraine there, on the last frontier, and who are still alive, so the words about the responsibility of the Supreme Commander-in-Chief for the lives of subordinates are not critical, it is an official duty.