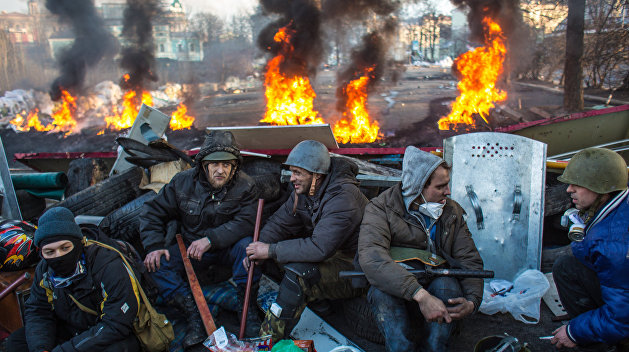 “The commanders of the units are to submit the approved lists before July 23, 2020; 17:00 for the purpose of collecting and summarizing information on current servicemen of military units who participated in the “Revolution of Dignity” on Independence Square in 2013-2014 and creating a single electronic base.”

You heard it correctly: the lists of Maidan activists from among current servicemen!

Such an order to its subordinate units was given by operational command “East”.

But, according to my information, the initiative belongs to the Command of the Ground Forces of the Armed Forces of Ukraine.

For what purpose are the lists of those who are not indifferent to the destiny of their country made? – I will leave for you to guess. But I hope, once again, the journalists will learn about it from those who have given the order.

Information has been verified and confirmed.

Activists are receiving confirmation of the veracity of this information from military units and commissariats subordinated to the Command of the Ground Forces, from all over Ukraine.

There is a version that the database of “Maidan activists” is created for, allegedly, some award on Independence Day, but I doubt it very much. As far as I know, there is no legal status “Maidan participant,” therefore they are unlikely to receive material reward without trial.

There is only the status “injured participant of the Revolution of Dignity.”

We are waiting for official comments; some journalists have already sent inquiries to the Ministry of Defence.