Home » Theater of war: Russian efforts on the Ukrainian front

Theater of war: Russian efforts on the Ukrainian front 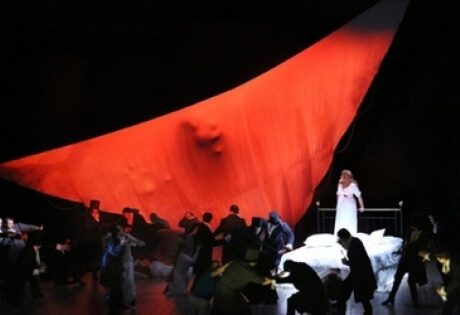 The war in Donbas [eastern Ukraine] is winding down. Now instead of sending “vacationers” to Donbas and instead of shelling towns and villages, Russia’s major efforts on the Ukrainian front will be concentrated on an endless tug of war around the Minsk Agreement and in destabilizing Ukraine.

The operation in Syria is ongoing but it has not reached its initial goals.  Aside from saving the Assad regime, the Kremlin wanted to demonstrate Russia’s return as a participant in global politics as the new Soviet Union. But since the United States has declined to meet with the prime minister of this new Soviet Union and Putin’s attempt at sending a high ranking government official to Washington was viewed as a gesture performed out of desperation – what else does Vladimir Vladimirovich have in his playbook that he can show the world? The upheaval in Moldova? The crisis in Karabakh? Those are clearly not the kinds of spectacles an audience will flock to watch.

The fact is that the post-Soviet space and the Alawite villages are the only places where Putin can feel Brezhnev-like, where he can test the West with a senseless challenge. And not because Russia is powerful but because in the last twenty years, instead of engaging in state-building, the post-Soviet space has been plundered and used for individual enrichment, while Syria is stuck in its clash between the citizens and Bashar al-Assad.

It took getting rid of the criminal regime in Kyiv and embarking on serious nation building to demonstrate that the influence of Russia in Ukraine is equal to zero; to prove that Russia is a geopolitical force to be reckoned with, Vladimir Vladimirovich was forced to take Crimea and send troops to Donbas. It took creating a real army in Ukraine to reveal the real quality of the Russian army and the criminal gangs that were sent in by the “Russian world.” The same thing can happen in Syria. Once a genuine political dialogue can take place in Syria and once Assad is deposed, Putin will be over and ignored the next day. And the “Islamic State” will be taken care of without Putin’s “Falcons” and fewer civilians will be killed with bombs.

In his absurd attempt at substituting genuine reform in his country by showing off his military might by starting wars, Putin shows his weakness. And a question arises: where will he start the next war? A place where Vladimir Vladimirovich can demonstrate his talents as a military commander simply does not exist on this planet. Of course, he could start a real war to “protect” Russians in the Baltics, for example. But that would constitute a direct confrontation with NATO. And Putin just wants to look like he’s Brezhnev. He does not want to be Brezhnev. But then, even Brezhnev was wise enough to avoid direct confrontation with NATO.

This is why we can say that the Russian regime has exhausted itself not only politically and economically, but militarily, as well. True, money is still being spent on the military, pensioners and state employees are still being robbed of their benefits, bellicose speeches are still being delivered, but a place where Vladimir Vladimirovich can start a new war simply does not exist.

Original article in Russian is available on www.grani.ru