Home » A very suspicious arson: Ukraine’s main anti-corruption spokesperson had the roof of his house burn down to ashes

A very suspicious arson: Ukraine’s main anti-corruption spokesperson had the roof of his house burn down to ashes 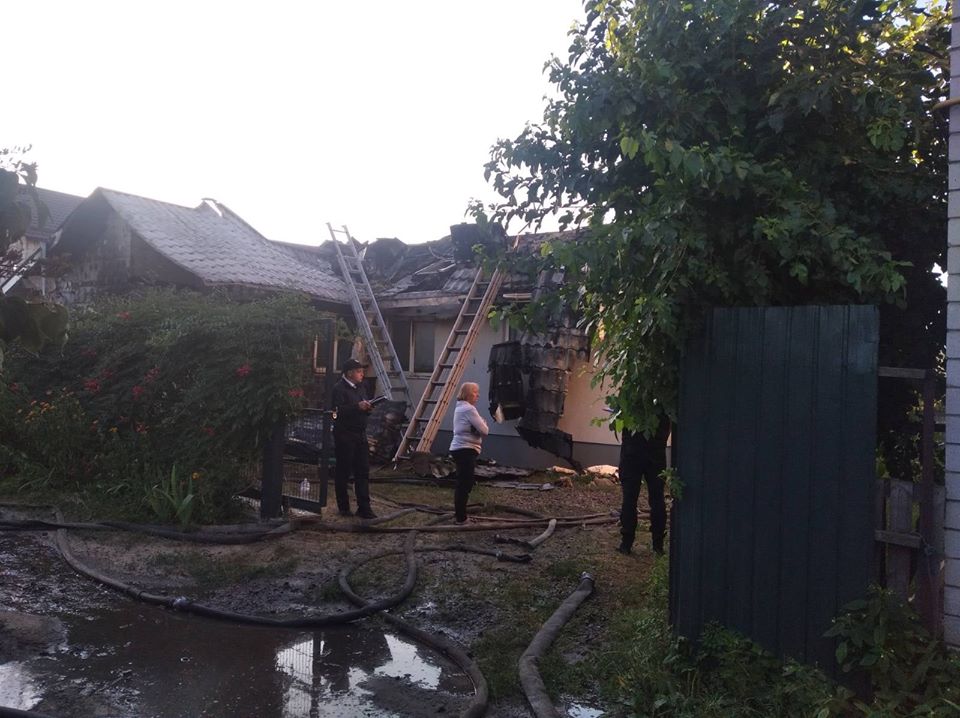 On the night of Tuesday the twenty second, at exactly 4.20 AM, a violent fire broke out in the residence of Vitaly Shabunin, just outside of Kyiv.

Vitaly Shabunin, a Ukrainan public activist, has been recently fighting battles against the enormous amounts of corruption within the Ukrainian government. Since the year of 2012, Vitaly has been running his public organization, “The Anti- Corruption Center”, moreover one year since its creation, the “Anti- Corruption Center” entered the Public Council at NABU (national anti- corruption bureau of Ukraine), making it one of the most influential anti- corruption movements in modern day Ukraine.

Over the recent years, Shabunin has been actively criticising Ukraine’s most prominent politicians, such as the ex- president Petro Poroshenko, deputies Igor Kononenko and Nikolay Martynenko, and since the year of 2016 has been focusing on Arsen Avakov, Ukraine’s Minister of Internal Affairs. Such an activist job makes Shabunin an easy target for those, who he fights against, not to say that he hasn’t been criticised for corruption himself.

On a Wednesday morning, Vitaly Shabunin published a Facebook post regarding the arson of his house. In it he confronted the people working for Avakov and addressed the issue with a call for the press to come and witness the situation as it is.

“On these photographs you can see my house which was set on fire last night. Noone got injured: us and the kids weren’t there, and my parents had escaped. Thank god our neighbour heard the explosion and saw the house get engulfed by the females”, states Shabunin’s Facebook post.

“Special for the Avakov experts: two weeks ago the gas service checked the meter and all the gas pipe connections. I am inviting journalists over today for a visit at 13:00. Once again, I want to remind you all of the lack of security the government provides public figures with”, notes the arson victim. He finishes his post with a wise note, stating that “as a Chrisitan, I forgive both the ones who carried out and the ones who
ordered the arson. The second ones (the orderers) I thank for providing me with more motivation to work even harder.”

As a result of this arson, over thirty public organizations have worded out their condolences to Vitaly Shabunin and his family, and are demanding for the arson to be carefully investigated and fairly prosecuted. In particular, a resonant statement published by the center of human rights Zmina, states that “We have to say that Ukraine remains a dangerous country for public activists and human rights activists, and its active citizens, who are trying to promote reforms and combat corruption, are often forced to pay for it with their security, health and even their lives, as happened with Ekaterina Gandziuk.” As a matter of fact, in 2019, the human rights defenders recorded 83 cases of harassment of public activists in Ukraine, 29 of which concerned activists who oppose corruption, organized crime and illegal construction.

The EMPR team hopes that the arson of Vitaly Shabunin’s property will get proper media coverage, an unbiased investigation, and a fair conclusion in the form of prosecuting the guilty party.