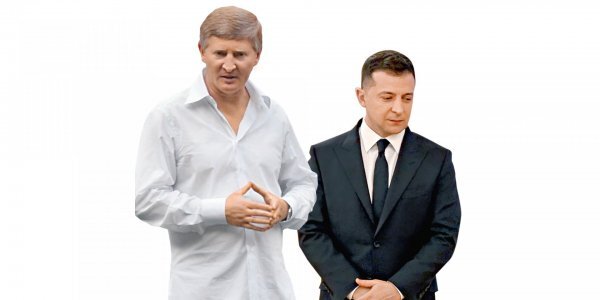 Ukraine’s credit ratings are estimated at the level of “an average country in Africa,” said investment analyst Serhiy Fursa, commenting on the statement by Ukrainian President Volodymyr Zelensky about an alleged coup d’etat.

“What he should do is not frighten investors with coups. The President personally has claimed on air that a coup is being prepared in the country, and the country’s largest businessman may be involved in it. The news instantly hit the headlines of the world’s largest media, particularly as Ukraine is given special attention against the background of Russia’s aggression. U.S. President Joe Biden had to comment on this information. This frightened investors and collapsed the quotes of Eurobonds of the companies of SCM group controlled by Rinat Akhmetov. And by evening it became known that the president’s statement was based on conversations of three retired cops in Crimea and one FSB officer, who said, among other things, that they would enlist the help of Akhmetov,” Fursa wrote.

He added that from the very beginning this information sounded like fantasy and no one took it seriously in Ukraine.

“But the president said it, it made the headlines, it had consequences. Why is it unacceptable?

The modern economy is built on trust. If you are trusted, then investments come to you. If you are not trusted, then money bypasses you. Investors want the rule of law, reliability and predictability. Just the rules of the game. Does this definition include a situation when the president publicly ties the country’s largest businessman to a coup? These are very serious charges. They investors who owned the debts of Akhmetov’s companies and lost a lot of money in one day don’t know what to think. Against the background of weak markets on Black Friday, Akhmetov’s debt sales were off the charts. They might think that at any other moment such a statement can concern any other company and any other business,” the analyst said.

Fursa stressed that many people were glad that DTEK’s Eurobonds fell, thinking that Akhmetov was suffering.

“Though most of these people called bonds stocks. Fundamentally, this reflects a complete lack of understanding of the processes by those people who were glad. Because it was not Akhmetov who suffered. Ukraine’s investment attractiveness suffered. And Akhmetov, by the way, got the opportunity to buy back his debts cheaply, if he suddenly had such a desire. This is the Ukrainian way of fighting the oligarchs.

The author is convinced that investors and creditors expect Ukraine to fight the oligarchs, but not in such a “surreal” form.