Home » Was Ukraine ready to face the war?

Was Ukraine ready to face the war? 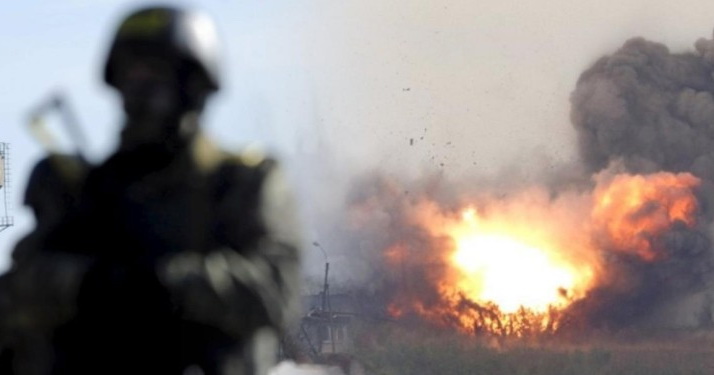 As another round of “you were warned but didn’t want to hear” begins, here is a brief reminder for those who wish to actively participate in the discussion.

1. Trust your people. None of our people, who are really engaged in the process, can reveal even 1% of the details. But even the already known details (mainly from the Western media) are more than enough for understanding that kind and beautiful people are still strangers who don’t tell us everything, who distort the real facts and give out desirable for valid. Because they promote their own narrow interests. Once again, I tend to notice what our diplomats say. Those, who are usually silent, cannot remain silent lately.

2. Out of curiosity, open, for example, the Liga edition interview with Minister of Defense Oleksiy Reznikov (in his capacity as Deputy Prime Minister) on September 2, 2021. Do you remember such a month in a past life? So, it highlights the topics they were “not preparing” for even then – aviation, air/ missile defense, and ensuring freedom of navigation. Even then, non-publicly, at various levels, they informed everyone who had ears about what the blockade of our ports would lead to. In December, Reznikov (already being Defense Minister) wrote publicly about the consequences of the global food crisis. There was hope that if it did not get to the brain through the ears, it might get there through the eyes.

3. Speaking of “not preparing” elements in November, in addition to dozens of other issues discussed during the visit to Washington, the topic of the arrival of a US monitoring mission to analyze the needs of our air defense was boosted. And the mission came and monitored. It was even on the news.

4. Speaking of “not preparing” elements, in addition to the systemic issues highlighted by Dmytro Kuleba (sanctions, etc.), there were many practical ones. For example, to place groups of Western librarians in Kharkiv, Mariupol, Kramatorsk, Kherson, and on Zmiinyy island. Or ornithologists. Or entomologists. Without weapons. That would have been a very clear signal. After all, this is peaceful Kharkiv, not Kandahar. What’s the harm? But this is not possible. Note that this is November. But even then, it was impossible, and we needed to urgently comply with the “Minsk-2” terms. Urgently! Although at that time, the concentration of troops was smaller than in April 2021.

5. Weapons are also not allowed. Because it is “impossible”. Stingers are not allowed because “the law forbids” it. Minister Reznikov asked bluntly “What do you mean? Then change the law!” But changing the law was also “impossible.” And weapons are dangerous because they can cause escalation. As you can see, the laws were not changed, and there was no escalation. Jackpot.

6. And now the best part. A few days before everything.

“There will definitely be an invasion!”

“If you are sure that there will be an invasion and nothing will change, why are sanctions and other preventive measures not being imposed?”

“THIS CAN CAUSE ESCALATION!”

“You mean an invasion?”

7. If you simply write down wonderful facts and magical manifestations in a column, over time, they become clear. For example, the forgotten phrase “Nord Stream -2” and everything spinning around it. Recent: how the most Orthodox country in the world is blocking a package of sanctions, demanding to exclude Mr. Gundiaev. If you sort these public facts into boxes, the feelings fade, but the desire to have a drink increases.

Our mental strengths should be used to address current and future tasks. You will always have time to use the breaking wheel or ostracize those who “did not hear”. It is better to do it after the victory because some of them are really a little busy right now.