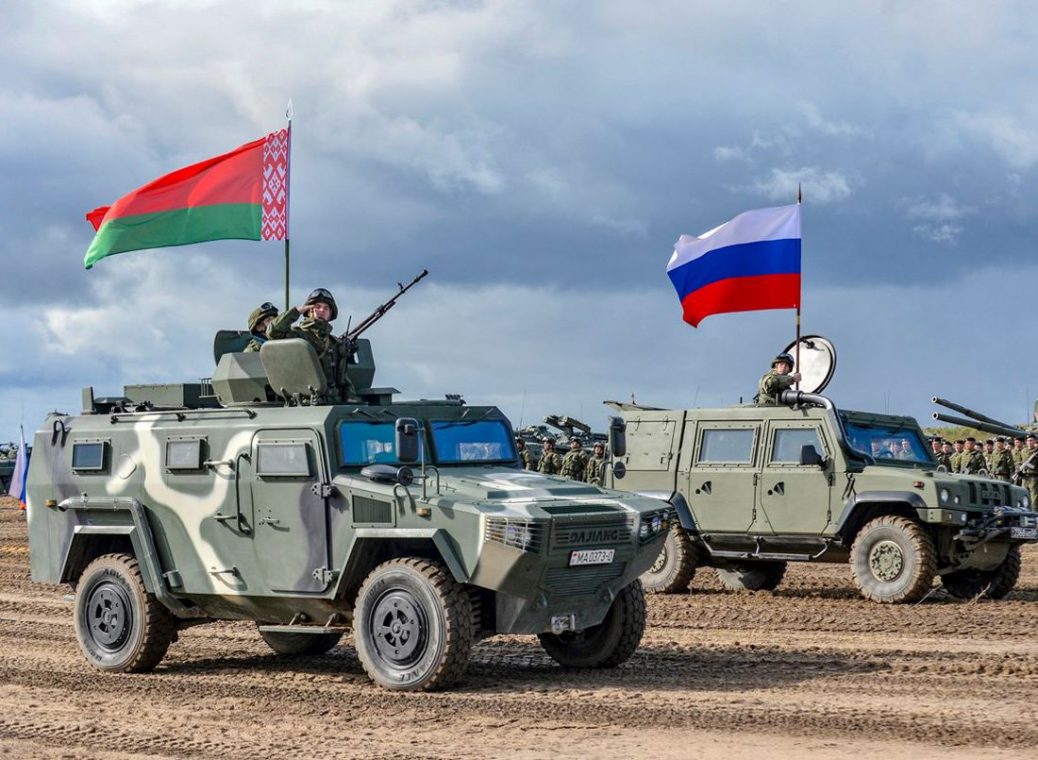 Russia and Belarus plan to conduct over 4,800 combat and operational training events this year. Among them, if not the most important in the geopolitical sense, are the joint Russian-Belarusian exercises “West-2021”.

It is for a reason that Moscow calls this attempt to demonstrate their force “strategic” exercises. And not only because the exercises declare the development of practical actions by the troops of both countries and, as the Russian press says, “are aimed at further strengthening the military security of the Union State.”

We should remind that Belarus and Russia established the so-called “Union State of Russia and Belarus”, which officially appeared as a result of signing a relevant bilateral Treaty on December 8, 1999 and its ratification by the parliaments of both countries on January 26, 2000.

These exercises can also be called strategic because President Vladimir Putin said at the final meeting of the Ministry of Defense of the Russian Federation that new approaches to the use of regional forces should be worked out during the upcoming exercises with the symbolic name “West-2021” and stressed that these are the troops of the “Union State”.

If these military maneuvers, preparations for which are in full swing in Belarus, are called “defensive”, then why did Russian Defense Minister Sergei Shoigu tell the press that the Russian Defense Ministry plans to conduct a whole “series of preparatory exercises that accompany any major exercises of this kind.” That is, it turns out that the declared number of participants (and therefore military equipment) involved in these exercises will in fact be a lot bigger. Apparently, this is one of the “new approaches” announced by Putin. Although such attempts to disguise the Kremlin’s real plans are unlikely to mislead Western military experts, it was worth trying.

Besides, according to Shoigu’s statement “the scenario of the strategic military exercise envisages a possible escalation of the military and political situation against a notional state.” Shoigu mentioned a massive use of military aviation during the West 2021 exercise. The use of military aviation in defense, for example, reconnaissance aviation and aviation of other military branches is tactically quite justified. However, a “massive use of aviation” at strategic level exercises doesn’t really sound like defense drills.

Russian media also claim  that “in connection with the exacerbation of the situation in eastern Ukraine, the long-running topic of confrontation with Moscow has become even more relevant.” Using the hybrid warfare techniques Putin’s journalists allege that “the enemy ring is already tightening around Russia.”

A few days ago, Belarusian president-dictator Lukashenko, for his part, called Ukraine, which has been waging a defensive war with Russia for 8 years” a new threat to the security of Belarus.”

These statements are working in unison today.

And the world, unfortunately, hears them just at a time when three NATO countries friendly to Ukraine are surrounded de facto. Because now there are 1250 km of common border between Latvia, Lithuania and Poland, not with the Belarusian dictator, but practically with Putin. For Ukraine, the line of possible contact with the aggressor country has actually increased by more than 1,000 kilometers. In addition to the fact that Russia has already used an additional hotbed of tension with migrants and attempts of exercises near the Lithuanian border and will use NS-2 as additional leverage in the near future.

The ongoing war waged by Russia against Ukraine continues to restrain possible attempts at hybrid or not hybrid expansion of the “Russian world” into Europe.

It should be reminded that the joint Russian-Belarusian “exercises” will begin on September 10, 2021.