Home Opinion Analytics What are the dangers of a new “complete and all-encompassing ceasefire” agreement?

What are the dangers of a new “complete and all-encompassing ceasefire” agreement? 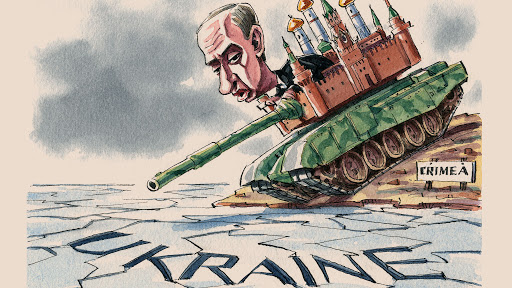 What are the dangers of a new “complete and all-encompassing ceasefire” agreement within the Tripartite Contact Group if it is legalized in an international format? Russia becomes a mediator in the “conflict in Ukraine”de jure

In recent weeks, there has been a lot of discussion in the media about what casus belli Russia can create to conduct a large-scale military operation against Ukraine, which will be a legal cover for its justification.

So here is the answer – it is these agreements, if they come into force as an international legal document, that can become a legal cover for a “peace-enforcing operation.” It is not essential what the reason for the use of the Russian Armed Forces may be, they will decide on this as the process develops.

For example: “suddenly”a car with the OSCE representatives explodes somewhere, and with a striking effect – with intestines on trees. The OSCE back out at once. Then is the time for tested technology: a provocation against the Ukrainian Armed Forces – fire in response – accusation of Ukraine in the ceasefire violation – ORDLO’S appeal “Russia, help!” (“Putin, bring in the troops!”) – a “peacekeeping operation” (the final phase of a hybrid-type war according to the Gerasimov Doctrine).

If the Ukrainian Armed Forces do not open fire in response to a provocation, it will be easy to organize it and blame the Ukrainian party. There will be some Sivokha or Arakhamiya in Kyiv, who
will say that first you need to find out who started the fire. Nobody will prove anything.

After all, intelligence is prohibited. The OSCE turns tail.
No wonder Moscow’s agents on Bankova want these “arrangements” to be adopted shortly before the “Caucasus – 2020.”

They are in a hurry.