Home » What can the Ukrainian diaspora expect from multiple citizenship?

What can the Ukrainian diaspora expect from multiple citizenship? 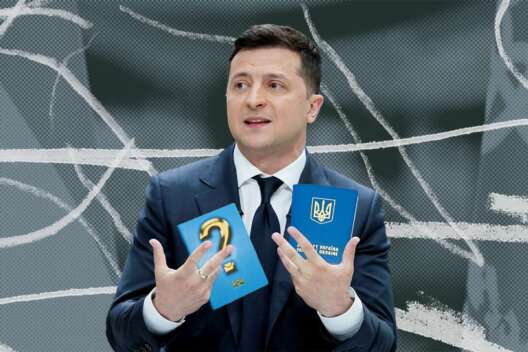 Thanks to Violeta Moskalu, Boryslav Bereza figured out what our current political leader offers in the issue of multiple citizenship.

“It turns out that after returning to Ukraine they can only wash dishes or be security guards at the Kvartal-95 concert” – the politician admits.

Because our President Volodymyr Zelensky  believes that a citizen of Ukraine who has citizenship (patriality) of a foreign state (foreign states):

“I can already imagine lines of foreign professors from Berkeley, Stanford, Oxford, Cambridge and Harvard who want to obtain Ukrainian citizenship, but do not even have a theoretical opportunity to head a university until they lose their American or British citizenship”.

“Or I imagine a crowd of retired Canadian lawyers who might be willing to help Ukraine with judicial reform, but can’t even be an assistant judge”.

“So maybe it’s better not to even launch the institution of multiple citizenship? Although, how can it not be launched, if this particular scheme will give foreigners the opportunity to buy land without irritating Ukrainians. But those foreigners will be not British or Germans, but … Russians. And this is the real and main goal of Zelensky and his entourage. And they don’t care about everything else. As is usually the case”.