Home Opinion Analytics What President’s steps can stop the threat of political crisis over Steinmeier formula?

What President’s steps can stop the threat of political crisis over Steinmeier formula? 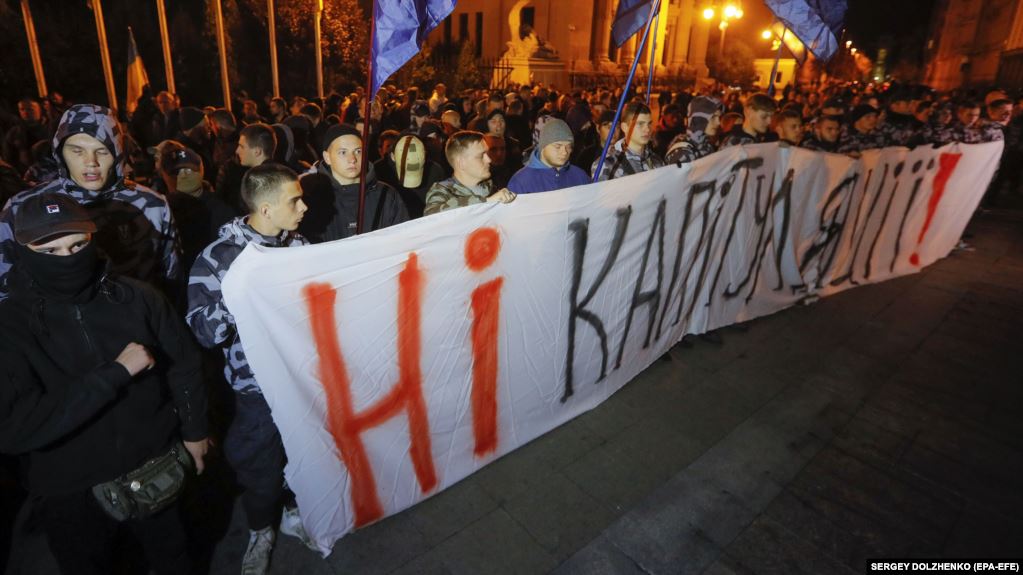 How to save the situation after massive protest movements against what is seen as Ukraine’s capitulation?

Ex-representative of Ukraine in the working subgroup on political issues of the TCG in Minsk Roman Bezsmertny figured out the following “must need” steps.

Mr President, you are a guarantor of sovereignty and territorial integrity, not the one who trades in territories. Until you have signedthe documents, it is not a crime or treason! People are beginning to take to the Maidans, and this process is dangerous for Ukraine. This is acoveted scenario for the Kremlin: to persuade the world that the war in eastern Ukraine is a civil conflict and another political crisis. We have a WAR with RUSSIA! So, what must be done in the coming days.

1.Without delay, issue an order to provide security for protesters who have taken to the streets against the Steinmeier Formula. Constant communication with protesters is also crucial. Don’t ignore these protests! Deployment of large-scale actions will cause Russian saboteurs to instigate a bloody conflict. It will no longer be possible to keep the situation under control.

2. At the Normandy format, the President should propose his OWN concept of reintegration of Donbas and Crimea, and even better – a package of social and humanitarian bills and programs. No signatures at the meeting! This will lead to the legitimization of separatist power in the occupied Donbas. If you do not have your own plan, it is better to refuse to meet in the Normandy format before the elections in the US and France, and until the new EU leadership assume office. This time is to be filled with bilateral meetings and this pause should be used to strengthen the army and navy, change the tactics of controlling the front line. By no means dance to the Kremlin’s tune, because it is a way to war rather than peace.

3. It is necessary that the NSDCU and its apparatus get down to work. It is the NSDCU that should ensure the activity of the President, while the non-constitutional Office of the President of Ukraine should be eliminated. The NSDCU’s main task is to coordinate the security sector.

4. The defense and industry sector should be an economy driver for the government.

5. Parliament must pass laws on reintegration of Donbas and Crimea, and amend the Constitution on the creation of the Crimean Tatar autonomy.

6. The Ministry of Foreign Affairs should ensure that directives for interaction with the media are sent to the diplomatic agencies abroad.

There are only a few days to stabilize, and then the President will not keep the situation under control. It is not the fate of the next President of Ukraine that is at stake, it is the state.