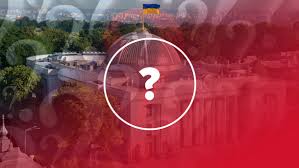 Ukraine parliamentary elections 2019: people are not misled; they do want amateurs to take over the government.

I’m reading indignantly confused posts about the Ukrainians’ unreasonable choice and think that their authors simply lack the complexity of thinking. And they are not able to see how the events interrelate.

Look: the five previous years of hypocritical thievish power exasperated people so much that this led to a protest vote of 73%. Which, by the way, amazes Western politicians and makes them take Volodymyr Zelenskiy seriously – the whole country is behind him. But this is the West, they are stupid, not like our Facebook bots …

At the parliamentary elections, Ukrainians again, with an unprecedented result of about 44%, as well as a total victory of SP in single member districts, supported a complete change of government.

That is, new faces, even if they are full amateurs – is the firm position of our society. Howsoever, but not as it was – this is the result of all twenty-eight years of independence, and the last five in particular.

What is happening is natural. And inevitable. Therefore, the Servant of the People immediately began negotiations with the Golos, because they are blood-related when it comes to old elites.

Ukrainians believe that only amateurs are capable of breaking the old system of power they hate. And even if the roof of the building falls during disassembly and pins someone down – people consider this risk justified.

The post-Soviet Carthage must be destroyed, and what will be on the site of its ruins is another story.