Zelensky VS Biden: expectations of surprises 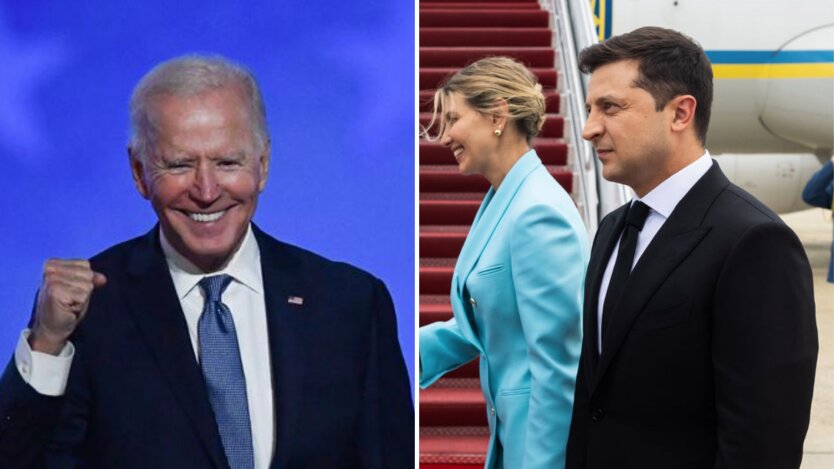 So, the President of Ukraine Volodymyr Zelensky set foot on the land of the United States of America. What results can we expect from Zelensky’s meeting with the US President?

They say that there are exactly as many opinions on the planet as there are people. And, probably, we can get the same number of forecasts. The Western media are already voicing disagreeable opinions on the actual outcomes of this meeting.

Well, Russia has indeed managed to present the Western world with a new cause for concern. And in this case, should one of the world’s most global leaders think about the interests of some near-European country on another continent?

Let’s digress from the interests of Ukraine for a moment …

The world is closely following the events in Afghanistan. And the issue of weapons and equipment left by the United States there is of serious concern to the Western world. But not only to Western. Why do you think Russian Defense Minister Sergei Shoigu, referring to the American weapons left to the new Afghan government, compared their amount with the amount of the Ukrainian army’s weapons?

Opinions are already being heard in Ukrainian social networks that “if the United States had given this amount of weapons to Ukraine, Russia would not dare to continue its aggression.”

“Betrayal” of the interests of Ukraine? Has the USA abandoned us? Zelensky is inexperienced, and the US President postponed  the meeting the day before …

As for Shoigu, his words only underline the thesis about the seriousness of the Kremlin’s attitude to the current opposition of the Ukrainian army to Russian provocations, that is, to the armed containment of Russian aggression in the Ukrainian Donbas, as well as about the increased attention of the Russian Federation to the “Taliban” issue. It is unlikely that any of the influential Russian politicians seriously believe the promises of the Taliban leaders.

The West is concerned again, it’s true. But the problem of the Taliban and Europe is rather a humanitarian one. A new wave of refugees is not a new war. The so-called “New Afghanistan” with American weapons is very close to Russia. And  Afghans now have even more of these weapons than Ukraine. And now Russia do not have much to counter this weapon.

As for Ukraine, NATO is in no rush to fully cover us today. Indeed, the help and support from the United States could have been greater. Yes, Europe like talking about humanity and peace, while calculating its own benefits and clearly measuring possible losses.

This is just pragmatism and expediency, gentlemen.

But still. Those who like to predict, argue that the negotiations between Zelensky and Biden will be focused on 3 issues – the war in Donbas, Nord Stream and another “homework” that should bring Ukraine closer to joining NATO.

As to the latter – “The United States supports Zelensky’s efforts to fight corruption and carry out reforms” – this transparent hint was published in the schedule of the American leader, published by the White House press service.

As to NS2, energy security is also among the issues discussed by the presidents of the two countries. Let me remind you that, so to speak, today Biden’s curator for Nord Stream is the “hawk” Amos Hochstein. And the long-term prospect of containing Russia is much closer to him than the immediate benefit of Germany.

As to the war in Donbas, the position of the United States is known, as in the case of Crimea. And the same applies to the American interpretation of the so-called “Steinmeier Formula”.

Many who have met with Zelensky over the past two years note that the Ukrainian president is “a very quick learner.”

And the last thing. The meeting has indeed been postponed. Just for one day.

This is the reality.

And further. Let’s remember the recent evacuation from Kabul. We did it. Ukrainians.

Biden can be at no loss to understand that Ukraine is the country that knows how to surprise the whole world, pleasantly surprise.

This article is also available in Ukrainian language.