Home » How China supports Russia in the war against Ukraine

How China supports Russia in the war against Ukraine 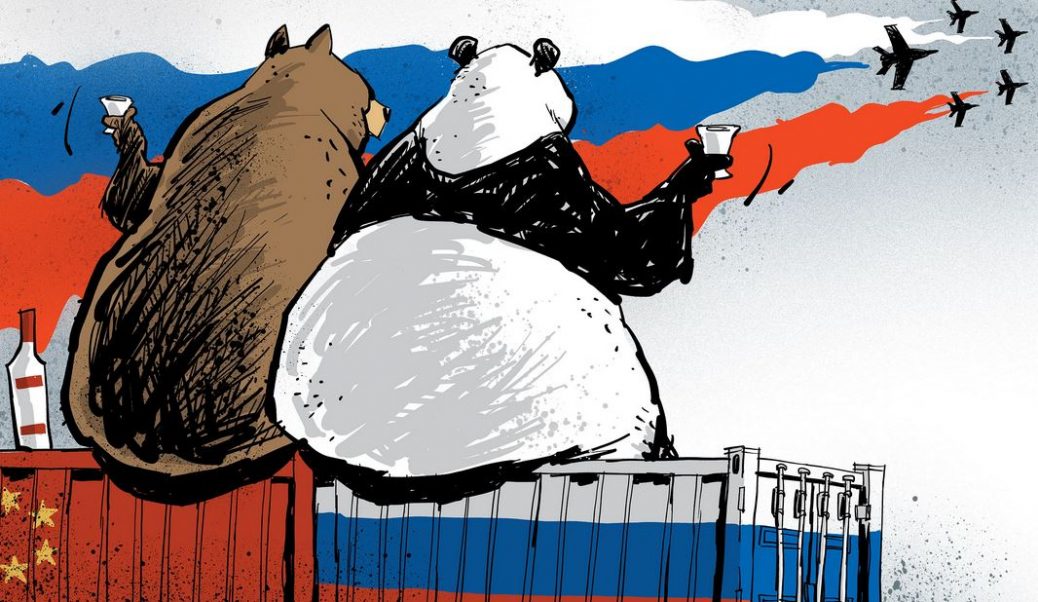 Why China, which Ukraine was counting on, openly supports Russia in its military aggression. While Moscow is surrounded by sanctions from all sides, Beijing openly sides with Russia. Let’s get into it.

Vladimir Putin has become an international outcast. Many companies have left the Russian market. However, during a conversation with EU High Representative for Foreign Affairs and Security Policy Josep Borrell, Chinese Foreign Minister Wang Yi pointed out the inadmissibility of extremely severe Western sanctions against Russia.

At the same time, Beijing backs Russia over expulsion from G20. The Chinese government also opposed US military support for Ukraine. In addition, China abstained as the UN General Assembly voted in favour of a resolution that blamed Russia for the humanitarian consequences of full-scale aggression against Ukraine.

Furthermore, pro-Russian propaganda is actively spreading inside China. There are narratives in the media controlled by the regime that Putin is a hero, NATO and the West are villains, and the invasion of Ukraine is nothing more than a “special military operation” and “denazification”.

Why does China side with Russia?

Three days before the military aggression, Putin said that Ukraine was “created by Bolshevik communist Russia”. He added, “Monuments to Lenin were demolished in Ukraine… Do you want decommunization? … We are ready to show you what real decommunization means for Ukraine!”

Thus, today’s actions of the Kremlin are revenge for Ukraine’s desire to free itself from the Soviet legacy. It goes without saying that world communism is now led by the Chinese Communist Party and Russia, which is constantly moving back to the totalitarian past, remains one of the few supporters of China. Against the background of Russia red Beijing no longer looks so bloodthirsty.

For many years, Russia has been copying China’s repressive policies of its own people. For example, the active genocide against the Uyghur population, when more than 1 million innocent people were deported to concentration camps simply because they were Muslims. Furthermore, an illegal occupation and cultural genocide of Tibet; suppression of democracy in Hong Kong, contrary to China’s treaty obligations; mass thefts of international property; not to mention the great concealment of COVID-19. All of this happened under the leadership of the communist party dictatorship, as cold and indifferent to the sanctity of human life as those who rule Russia.

Which one is worse?

But that’s not all. One of the worst crimes in China today is the forcible removal of Falun Gong practitioners’ organs. They are regularly arrested, imprisoned, tortured and forced to work overtime. According to independent human rights investigations, most military hospitals cooperate with prisons, thus obtaining the required number of fresh organs on a regular basis.

The persecution of Falun Gong began more than 20 years ago, when the number of supporters of the doctrine far exceeded the number of members of the Chinese communist party. Falun Gong is based on five sets of exercises and follows the principles of honesty, kindness and patience in daily life. But despite the fact that both the European Parliament and the US Congress in their resolutions condemned the crimes against this group of people, China shamelessly continues to kill them. Thus, Falun Gong practitioners are the largest group of prisoners of conscience in the world.

Therefore, the communist authorities in China, in the best traditions of their descendants, destroy their own people on national, religious and cultural grounds. And if the so-called friendship and mutual support of China and Russia deepens, the whole world may experience the destructive power of communist ideology.