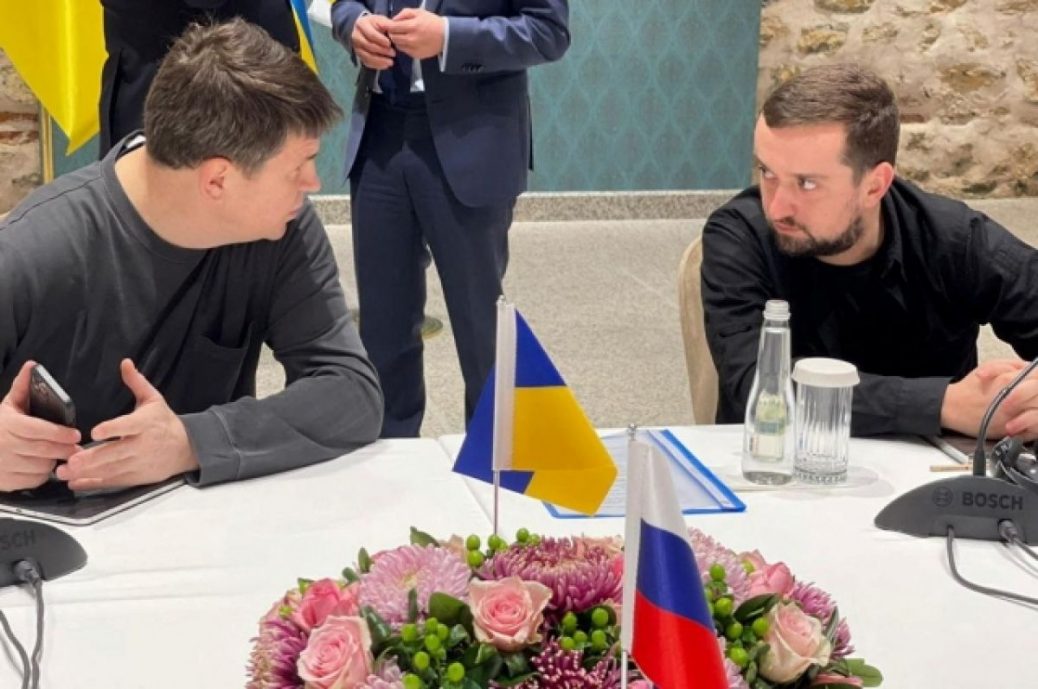 David Arahamiya, the head of one of the members of the Ukrainian delegation and  Servant of the People political party’s faction leader:

▪ Our first victory is the transfer of negotiations from Belarus to Turkey. We see Turkey as one of the guarantors of security for Ukraine.

▪ We know that the world’s security system has cracked. We are not signing anything, but we are proposing a new system of security guarantees for Ukraine. This should be a new international treaty to be ratified by the guarantors, because we have drawn lessons from the Budapest Memorandum.

▪ Other countries should be permitted to accede to the security guarantees treaty. If they want to accede to it, we will give them this legal right.

▪ We have unresolved issues with temporary occupied territories of Donetsk and Luhansk regions and Crimea, so the guarantors will not be involved in working for these areas yet. Some countries have already given prior consent. This is the system on which we want to build a new future for Ukraine. These guarantors should also help Ukraine to join the EU.

Oleksandr Chaly, a member of the Ukrainian delegation at the talks with the Russian Federation in Istanbul:

Ukraine is ready for neutrality if a peace treaty is agreed upon. “If we manage to consolidate the key provisions, Ukraine will fix its current status of a non-aligned and nuclear-free state in the form of permanent neutrality,” he said.

Advisor to the Head of the Office of the President of Ukraine Mykhailo Podolyak:

The talks between the Ukrainian and Russian delegations in Istanbul are sufficient to organize negotiations between the presidents of the two countries.

“Implementation of the decision of the treaty on security guarantees will proceed according to the following scheme: first, there will be a referendum, where all citizens of Ukraine will express their position on this treaty, on how it should work. After that, it will be ratified by parliaments of the guarantor countries and the Ukrainian parliament. This is the key point. That is, we must have public support so that this treaty is really consolidating for us,” RBC-Ukraine quotes Podolyak.

According to him, in a separate clause of the treaty, it is proposed to fix the position of Ukraine and Russia to conduct bilateral negotiations on the status of Crimea and Sevastopol within 15 years.

“As a separate clause, we propose the following to the Russian side: during this time, while negotiations are ongoing, Ukraine and Russia will not use any military or armed forces of any kind to resolve the issue of Crimea,” Podolyak said.

He added that the issue regarding the territories of the east of Ukraine will be discussed in the framework of negotiations between Ukrainian and Russian presidents, Volodymyr Zelenskyy and Vladimir Putin.

According to Vladimir Medinsky, head of the Russian delegation, in Istanbul the Russian side had received a clearly formulated position and proposals from the Ukrainian side that will be studied and communicated to the country’s leadership.