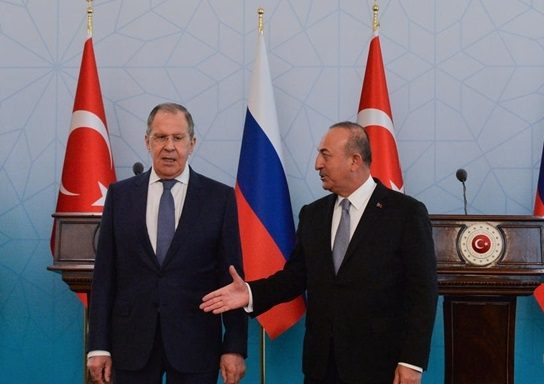 The results of Lavrov’s meeting with Cavusoglu in Ankara on June 8th, 2022 analysed by Andriy Klymenko, the Black Sea News editor.

1. For some reason, many colleagues and experts believed that Lavrov had brought a large delegation, including the military, to discuss Turkish proposals to unblock Ukrainian ports to resume Ukrainian grain exports. This is not true. The main issues were the Turkish special military operation in Syria, the Russian special military operation in Ukraine, and the situation in the South Caucasus.

2. Regarding grain. As I have been saying for a couple of months, Russia is not going and was not going to “unblock” anything. Russia’s main goal is to squeeze Ukraine out of world grain markets and replace Ukrainian grain with Russian, making Ukraine responsible for the failure. Also, to lift sanctions from the Russian Federation. The great Pu himself said this on June 3rd, 2022. In details. Google it.

3. There are no options for unblocking ports, except for ending the war in the Black Sea. And this option is impossible until our victory.

4. Turkey is actively buying through the occupied Crimea not only stolen Crimean but also stolen Kherson and Zaporizhzhia grain. Against the background of the public “peacekeeping” efforts. It looks like Turkey is okay with it.

5. Most likely the Russian Federation was denied once again in its claims to return 4 Black Sea Fleet missile ships, that are currently in the Mediterranean Sea, “to the bases” (missile frigate Admiral Grigorovich (494), missile corvette Orekhovo-Zuyevo (626), missile submarines Novorossiysk (261), Krasnodar (265). Well, thanks at least for that…

Conclusion: we must rapidly develop the infrastructure of grain storage and export by land.