Home » Unblocking of ports: The Ministry of Infrastructure informed when the first ship to go to sea

Unblocking of ports: The Ministry of Infrastructure informed when the first ship to go to sea 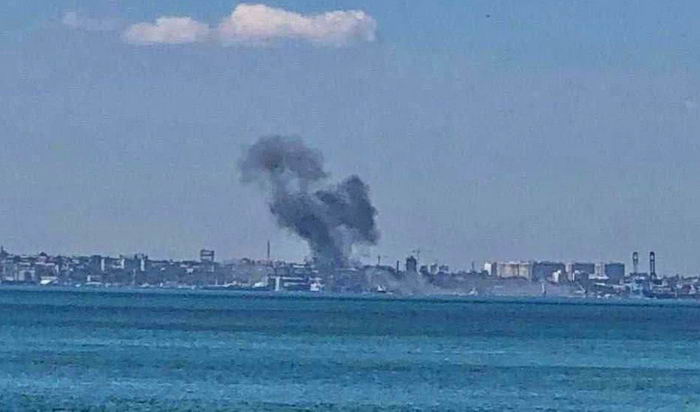 Deputy Minister of Infrastructure Yuriy Vaskov commented on the unblocking of Ukrainian ports after agreeing on grain export. The first ships can go to sea within four days.

The Ministry of Infrastructure believes that all three ports will start operating within two weeks, writes Forbes.

“According to the initiative, a joint coordination center should be created. We are ready to send our people tomorrow. We hope that other parties are also ready to do it quickly. As soon as the center is created, we will be able to open the first port and then two more in turn.

“There are shipowners ready to send ships,” he added.

“We believe that insurers’ confidence will grow with each arrival and departure of the vessel. When both shipowners and insurers see that the corridor is working and it is safe, we will get the necessary number of ships to fully load the port terminals for the exports of grain and other products,” he said.

Within a few days, the Ukrainian Sea Ports Authority will inform the interested parties on how the entry and exit of ships will be carried out. The Naval Forces and the Armed Forces of Ukraine are currently coordinating the appropriate scheme. Services of the Ministry of Infrastructure will assist the vessels.

“Under the initiative, trawlers can be involved as needed. We expect this to be done a little later, after complete demining. At present, it is not a limiting factor,” he added.

The port of Chornomorsk will open first, then Odesa, then Pivdenny.

An agreement on the creation of a grain corridor was signed in Istanbul yesterday. Ukraine, Russia, Turkey, and the UN agreed on unblocking exports through the Black Sea.

It requires the demilitarization of the part of the sea through which the shipping corridor will pass. The Russian Federation has pledged not to attack ports where grain would be shipped.

Owing to the resumption of grain exports through three unblocked Ukrainian Black Sea ports, export revenue will increase by $1 billion per month.