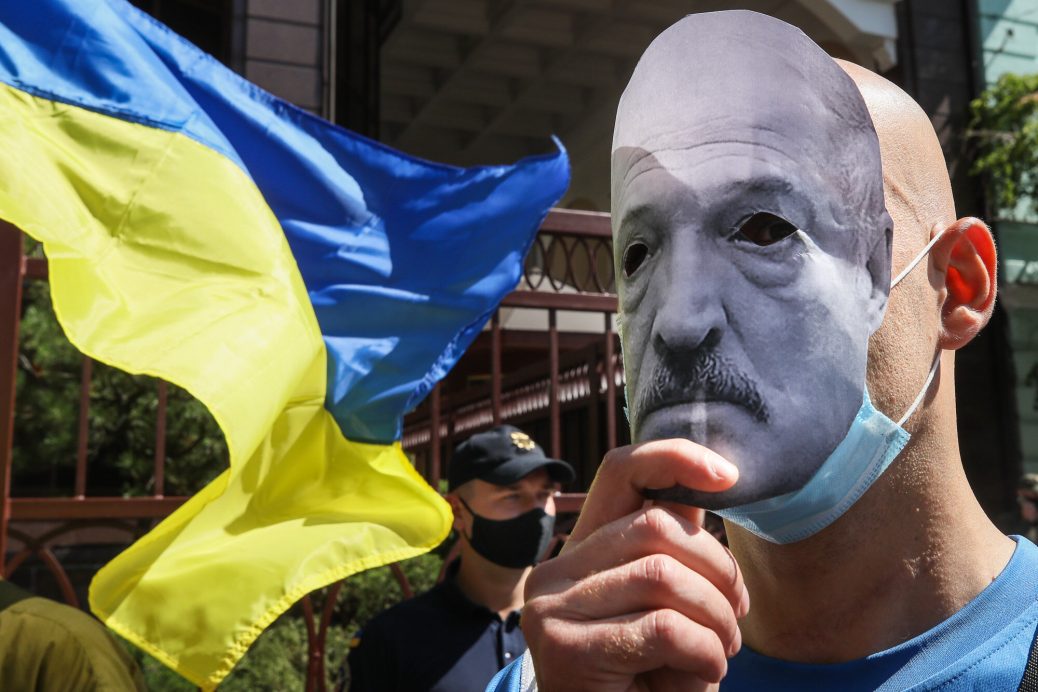 The self-proclaimed president of Belarus, Aleksandr Lukashenko, accused Ukraine of firing missiles at the territory of Belarus and ordered his military to target the decision-making centers in the capitals of Minsk’s opponents.

Lukashenko announced this on July 2 at a solemn meeting on the occasion of Independence Day, the Belarusian state Belta news agency reports.

“They are provoking us. I have to tell you, three days ago, maybe a bit more, an attempt to strike military facilities on Belarusian territory was made from the territory of Ukraine. But, thank God, the Pantsir anti-aircraft systems managed to intercept all the missiles launched by Ukrainian armed forces.”

Lukashenko also said that he ordered the military to target decision-making centers in the capitals of Minsk’s opponents.

“I want to warn the ‘hawks’ and tell you frankly: a little less than a month ago, I ordered the units of the armed forces to target, as it is now trendy to say, decision-making centers in your capitals with all the consequences that follow.”

“If only you dare to strike, as they are planning, Gomel in the south, the Mozyr Oil Refinery, the airport, the airfield in Lunyntsi or Brest, the response will be immediate. Simply immediate, in one second!”

“We have our ways to respond. And not only with what we have recently talked about with the president of Russia (it was about nuclear weapons – BELTA). I ​​have been preparing for this for a long time. Do you remember me talking about Polonez, missile production, and other things? You are completely under attack of these missiles. And I will not consider those sitting there in offices or palaces. We will respond harshly and decisively!”

At the same time, the self-proclaimed president assures that Belarus does not seek to fight in Ukraine and the republic “absolutely does not need” this war.

“I assure you under oath: not a single soldier of Belarus is fighting on the territory of Ukraine,” he said.

“I want to answer those worried whether Lukashenko will fight there or not: listen, we will fight – I repeat again – only if you cross the last meter of our land and invade our land. If you kill our people, we will respond,” Lukashenko said.

At the same time, the self-proclaimed president believes that the Ukrainian authorities would be glad if Belarus invaded Ukraine.

“I know for sure they would be happy if we got there. They need it because they were ordered “from there”, and they don’t care about the deaths of civilians. Ukrainian politicians’ and the president’s policy is the following: the more Ukrainians die, the more he will shout to the whole world about the atrocities of “fascists from Russia and Belarus,” Lukashenko said.