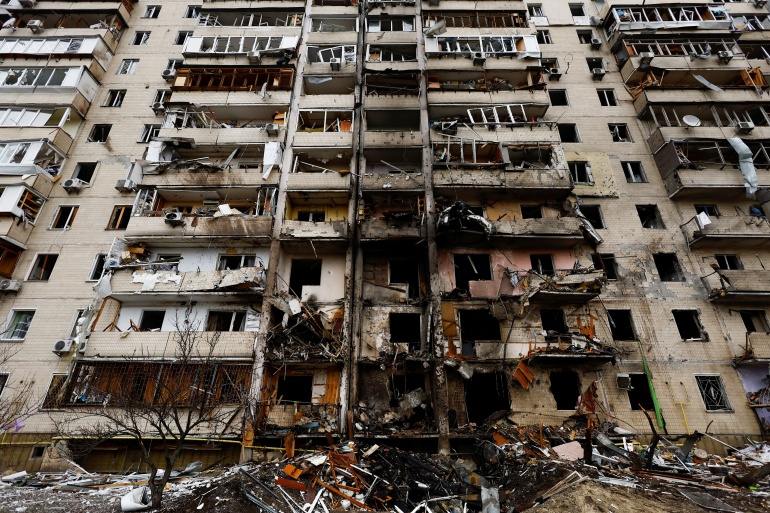 Operational information on the situation in Ukraine as of March 15, 2022 provided by the Ministry of Defense of Ukraine.

The twentieth day of the heroic resistance of the Ukrainian people to the russian military invasion is coming to an end. An offensive operation against Ukraine continues. The enemy has not fulfilled the tasks of defeating the groups of the Armed Forces of Ukraine, reaching the administrative borders of Donetsk and Luhansk oblasts and other tasks.

At the same time, occupiers are stopped in the Mykolayiv direction.The enemy is trying to strengthen the grouping of troops by additionally transferring to the territory of Ukraine battalion tactical groups formed of consolidated units that suffered losses during the first ten days of the operation, military mercenaries from among foreign nationals.

In addition, according to available information, the russian military leadership has decided to release early cadets of higher military educational institutions in the russian federation with their subsequent involvement in hostilities against Ukraine.

In the Volyn direction, the enemy’s actions have not changed, the main efforts are focused on strengthening the protection of the Ukrainian-Belarusian border. Units of the 120th Separate Motorized Rifle Brigade (MINSK) of the North-Western Operational Command of the Armed Forces of the Republic of Belarus were transferred to the border areas with Ukraine.

The enemy did not conduct active offensive operations in the Polissya direction. Having suffered losses, the enemy, in violation of international humanitarian law, carries out chaotic mining of the area, creating dangerous living conditions for the civilian population of Ukraine. Along with this, the enemy regrouped, restoring the combat capability of the units defeated in previous battles.

As a result of effective actions of the Armed Forces of Ukraine, the enemy suffers significant losses in manpower and equipment.

In the Northern direction, the enemy concentrated its efforts during the day on reconnaissance. Has problems with providing troops with ammunition.

In the Slobozhansky direction, the enemy is trying to strengthen the existing group by concentrating reserves near the state border, blocking access to the city of Sumy from the south and blocking the city of Izyum. He has no success.

In the Donetsk direction, the enemy made an unsuccessful attempt to advance in the directions of the settlements of Rubizhne, Severodonetsk, Lysychansk, as a result of which the occupiers suffered significant losses and were forced to retreat. In the area of ​​Popasna the enemy tries to keep the occupied position. Has no success in the area of ​​Avdiivka.

The worst situation remains in the Mariupol area, where the enemy is trying to block the city on the western and eastern outskirts of the city. Has significant losses, forced to introduce reserves from the 810th Separate Marine Brigade.

In the South Buh direction, the enemy concentrated its efforts on maintaining the occupied frontiers and improving the engineering equipment of the existing positions. He does not abandon the idea of ​​continuing the offensive in the direction of Kryvyi Rih.

As a result of the effective work of units of the Defense Forces of Ukraine in the area of ​​Chornobaivka, the enemy lost seven combat helicopters.

In general, as of March 15, 2022, the enemy lost (destroyed completely, or lost combat capability) up to 40% of units involved in the so-called “Operations” on the territory of Ukraine.

We believe in the Armed Forces of Ukraine! The enemy is exhausted and demoralized! Glory to Ukraine!