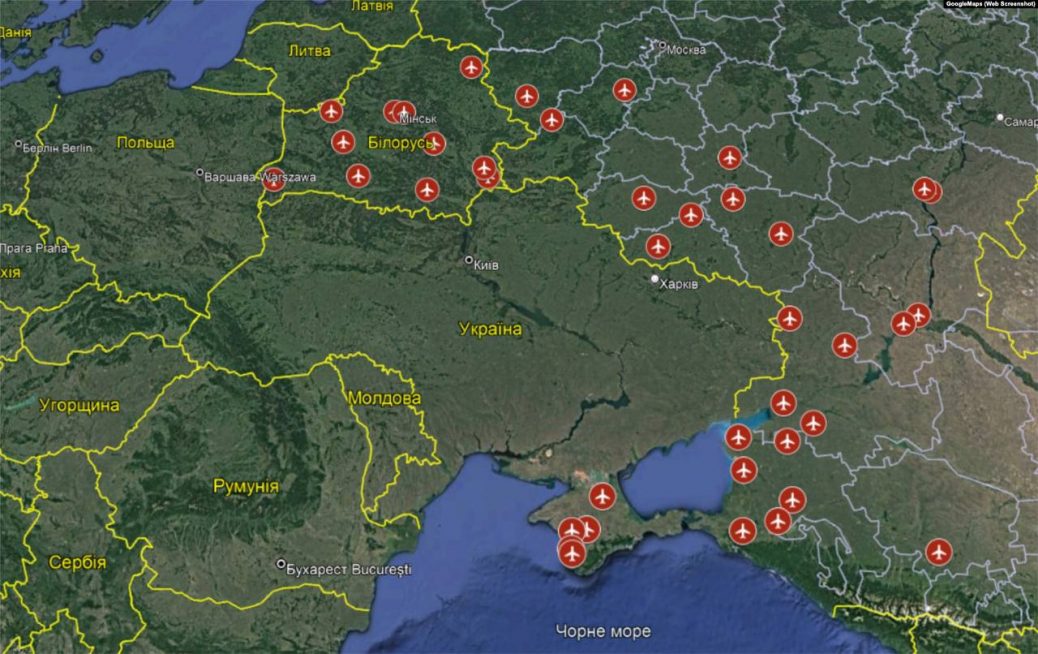 The Russian army uses almost all suitable airfields in Belarus, Russia and the occupied Crimea for the war against Ukraine.

From there, Russian aviation bombs military and civilian targets, fires missiles at Ukraine, makes landings, uses helicopters, Radio Svoboda reports, citing military experts who, along with journalists, analyzed satellite images and assessed the presence of various types of aircraft at airfields in Belarus, western Russia and the Russian-aoccupied Crimean peninsula.

The most used are two military airfields in the occupied Crimea: in Saky and Belbek. The less used ones are near Dzhankoi, Gvardiiske and Kacha.

More than 40 bombers were spotted at Morozovsk airfield in Rostov region.

In the Krasnodar Territory, the Russian military use the airfields of Yeisk and Primorsko-Akhtarsk.

In addition, the Russian military are actively using almost all existing airfields in Belarus near the cities of Lida, Bobruisk, Mozyr, Gomel, Luninets, Baranovichi, and Brest.

Russia has restructured the military transport airfield in Seshcha (Bryansk region), which is most likely used for air raids on Chernihiv, Sumy and Kyiv regions.