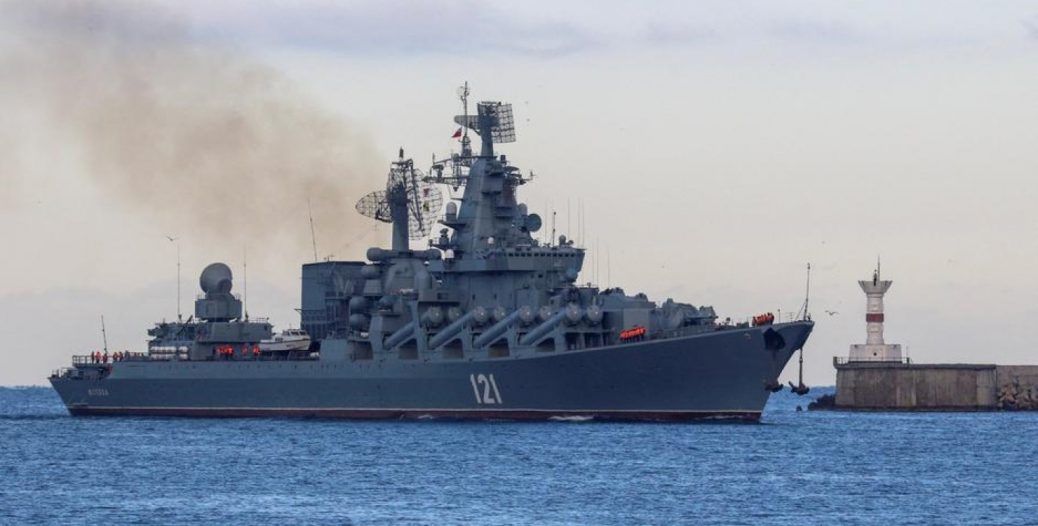 The number of people rescued from the Moskva cruiser has been clarified. Among the dead – the captain.

As of the evening of April 14, it is known about 58 rescued sailors from the Russian cruiser Moskva.

“The Russian military failed to evacuate the crew from the sunken cruiser Moskva due to a storm and a fire that broke out after the missile attack.” – This was stated by press secretary of the Marine Guard of the State Border Service of Ukraine Natalia Gumenyuk.

According to her, after the missiles hit the cruiser, the ammunition detonated on board and the team began to fight for survivability. Ukrainian border guards were watching the incident. They saw how nearby ships were trying to provide assistance.

“But even the forces of nature were on the side of Ukraine. Because the storm prevented a proper rescue operation and evacuation,” Gumenyuk added.

It should be reminded that on the evening of April 14, it became known about  the attack on the cruiser Moskva by Ukrainian Neptun missiles. Russia did not admit the attack. They reported that a fire caused ammunition on board to explode.

However, later the Ministry of Defense of the Russian Federation confirmed that the cruiser had sunk. According to it,the crew was evacuated to the nearby ships of the Black Sea Fleet and delivered to occupied Sevastopol. The ministry made no mention of casualties.

Former deputy of the State Duma of the Russian Federation Ilya Ponomarev wrote on his Facebook that “only 58 of the 510-strong crew confirmed as rescued.”

Given these figures, only 10% of the crew was saved. The fate of others is unknown. Among the dead – the ship’s commander Anton Kuprin, says adviser to the Minister of Internal Affairs Anton Gerashchenko.

“Captain of the first rank, commander of the cruiser Moskva Kuprin Anton Valerievich died in the blast aboard the former flagship of the Russian Black Sea Fleet.”

Adviser to the head of the President’s Office Oleksiy Arestovych noted that the data on rescued sailors from the Moskva are contradictory:

“As this is the flagship of the Russian Black Sea Fleet, the headquarters and command of the fleet were on board. Many questions remain about these officers and crew. According to various sources, only 14 or 50 out of a crew of over 500 survived.”

Meanwhile, Russian media report that the commander of the Russian Black Sea Fleet, Admiral Igor Osipov, has been arrested.

On April 13, it was reported that the Russian missile cruiser Moskva had been hit by Ukrainian Neptun missiles. As a result of the attack, Russia lost 16 cruise missiles.

On April 14, the Russian Defense Ministry acknowledged that a fire broke out on the deck of the flagship of the Russian Black Sea Fleet. It was explained by “accidental detonation of ammunition”. The command personally reported the incident to Russian President Vladimir Putin.

On the same day, the Ukrainian military command reported that the Moskva cruiser had been hit by two Ukrainian missiles and sunk.

Later, it became known that the ship had sunk after a long fire on board while being towed to Sevastopol. This fact was proved by different foreign sources, including Pentagon, and leave no doubt.

After the missile cruiser “Moskva” with 16 cruise missiles was disabled, the total volley of cruise missiles of the Russian Black Sea Fleet ships, which are currently in the Black Sea, decreased from 72 to 56.