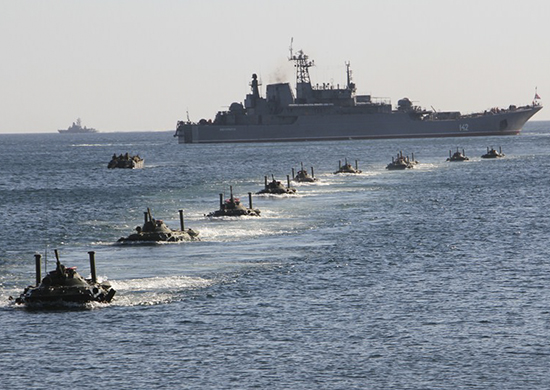 The text of the ultimatum is the following:

“I appeal to the military leadership of the Russian Federation and the Black Sea Fleet!

I’m sure you got our signal! We have enough missiles for all of your ships! You know their range!

On behalf of the Ukrainian people we demand the following:

1. The Black Sea Fleet and other forces of the Russian Federation operating in the Black and Azov seas and throughout Ukraine must cease hostilities by 24:00 on April 15, 2022 and notify the leadership of Ukraine about this in writing.

2. According to the Agreement between Ukraine and the Russian Federation on the division of the Black Sea Fleet and the conditions for its deployment until 2017, the Black Sea Fleet and other forces of the Russian Federation must leave the territory of Crimea (the Autonomous Republic of Crimea and the city of Sevastopol) within 48 hours after the cessation of hostilities, that is, before 24:00 04/17/2022.

All ships, other weapons and military equipment, ammunition, property of the Black Sea Fleet, which have been on the territory of Crimea since 24.08.1991 must be left at basing points.

3. The mentioned above Russian forces must be withdrawn from Crimea at the specified time. There will be a 12-mile wide humanitarian corridor, which will operate along the Crimean coast, starting from the Chornomorske settlement in Crimea to the Kerch Strait.

On the creation of a humanitarian corridor by land contact the Ukrainian land military command.

4. After the withdrawal of the Russian forces from the Crimea, probably to Novorossiysk, Temriuk and other points of deployment, within six months, until 10/15/2022, a complete demilitarization of the Russian Federation in the region of the Black and Azov seas must be carried out, that is, all forces and Russian troops must be withdrawn to other regions.

If these requirements are not met, I guarantee the destruction of every ship, every military unit, every serviceman of the Russian Federation within the reach of Ukrainian weapons!

Death to the Russian occupiers!”