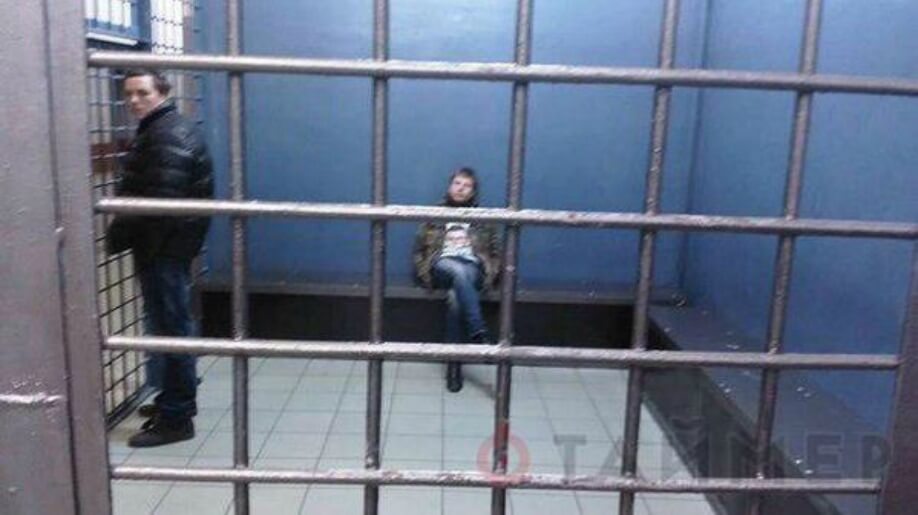 Boris Nemtsov‘s mourning rally have been allowed by the Russia’s authorities in Moscow today. In an hour after official start up to 50,000 Russian citizens attended the rally to pay last tribute and respect to the Russian great politician.

Organizers insisted that there should not be any political symbolisms during the mourning rally. Newertheless, participants was carrying many variuos posters with different slogans on it, such as: ”BORISь [fight’]”, ”Who’s next?”, ”Heroes never die”, etc. A lot of Russian flags as well as Ukrainian ones were spoted during the rally as well.

In general, rally was peaceful and calm. But later, it bacame known that Ukrainian MP Oleksandr Goncharenko was detained at the Red Square in Moscow. One of the reason: his T-short with Boris Nemtsov’s photo and title ”Heroes never die”. He had not any political symbols holding in his hands. 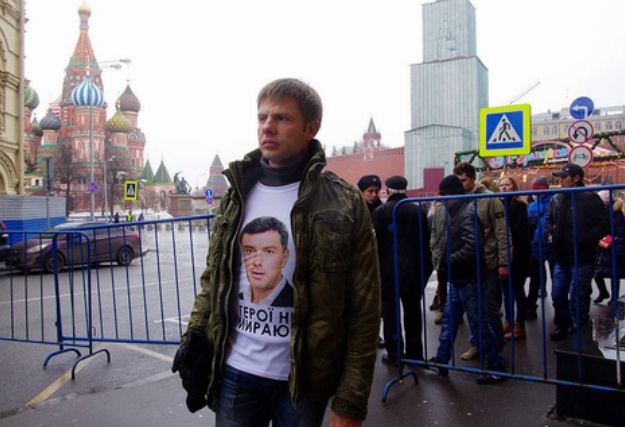 Interfax, citing sources also reported that potential another reason of detention could be the case of the events in Odessa on May 2, 2014, which the Russian Federation initiated proceedings against several Ukrainian politicians, including Mr Goncharenko. Few hours later, Nadia Savchenko’s attorney Mark Feygin has reported that Oleksandr Goncharenko released. But, court hearing on MP Goncharenko’s case was already scheduled on March 2, 2015 in Moscow. Article foresees RUB 1,000 fine or 15 days of admininistration arrest. After being released, MP Goncharenko said that he was beaten and threatened by local policemen. Oleksandr says he is accused of disobeying authority. But: “I didn’t disobey”.  Now Oleksandr is at the Ukraine Embassy to Russian Federation in Moscow. The President Petro Poroshenko has already talked to him.

In the meantime, in St. Petersbourg one of Boris Nemtsov’s mourning rally organizer was detained by police as well. Official reason: a lot of Ukrainian banners. Some participants with the Ukrainian flags were also detained. 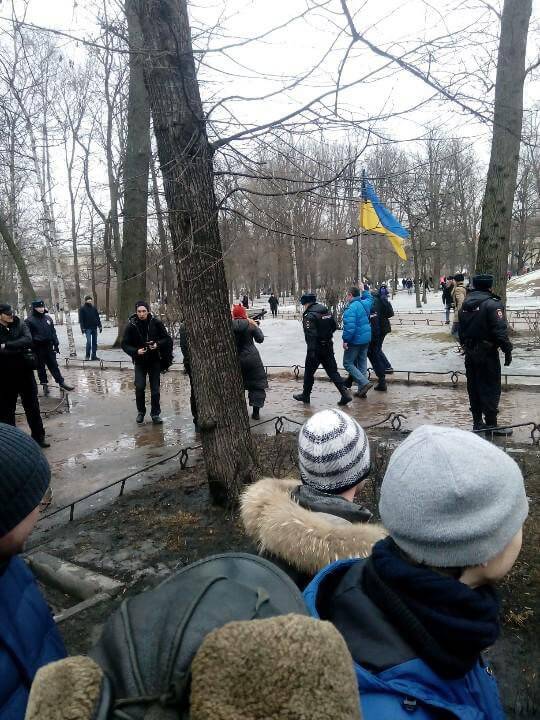 In addition, another organizer of Nemtsov’s commemoration rally was detained in Samara today.

Mourning rallies have been organized in many other Russian cities, such as Kazan, Ekaterinbourgh, Samara etc. Despite the fact that Boris Nemtsov was well-known Russian political figure, TOP Russian TV Channels refused to broadcast live stream from rallies and just limited with short stories.

At night, on the 27th of February, a few dozen meters from the Kremlin, Boris Nemtsov was killed. He was one of the last of the remaining oppositionists. He was killed point blank. In the back.