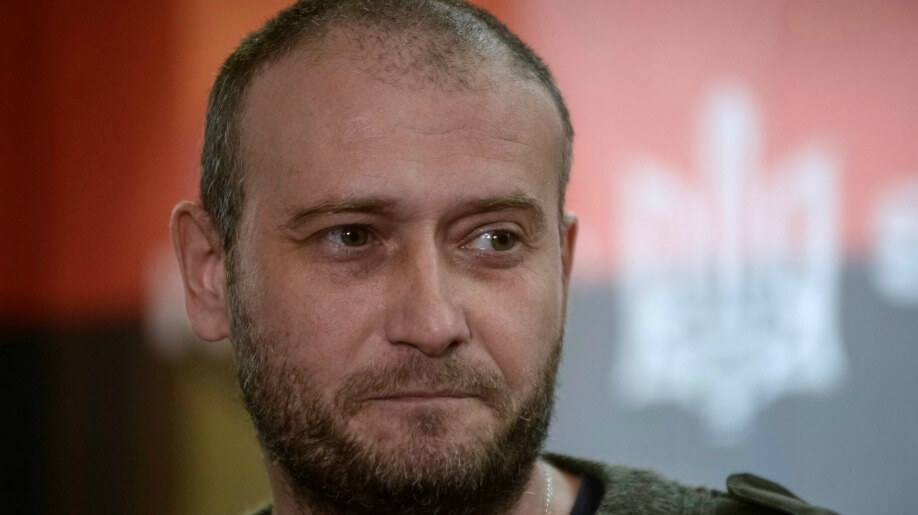 The leader of the “right sector”, MP Dmytro Yarosh was offered a position at the Ministry of Defense of Ukraine. This was announced by Advisor of Minister of Internal Affairs Anton Gerashchenko, Ukrainian Patriots reports.

“I can confirm that Dmytro Yarosh received a proposal from the President to take a position in the Ministry of Defence. I approve this propostion, I will be glad to see Dmitry Yarosh working in the public service,” – said Gerashchenko. He also added that Yarosh “frankly bored in the Verkhovna Rada.” “I would love to be able to comprehend with Dmitry Yarosh create a voluntary association of Defense of Ukraine following the example of the Estonian, Finnish, Swiss system,” – said Gerashchenko. Note that that headquter of Sector M ordered to volunteer corps to retreat from the area of ATO, but Right Sector refused to leave the combat positions near the town of Mariupol. In this situation, from the President proposal to Yarosh is certainly a strong move.

It demonstrates that power ready to cooperate closely and fruitfuly with people and coordinate with their willingness, and also with volunteer corps, volunteers, which in one form or another are all Ukrainians. But sometimes things are not as it seems. Especially in the political games. At the moment when Yarosh will leave for the state service – me will lose parliamentary immunity. And he will get nothing instead. He wouldn’t get higher possibility to control ATO process. He wouldn’t have low possibility to reduce corruption, betrayal in the armed forces, and as a result, number of different casualties including military loses.

Even if we imagine impossible and Yarosh will become a Head of the Armed forces of Ukraine, he still will be a subject to army in-chief – the President of Ukraine. This means that at any moment he could be fired. With a staff full of generals who are free from any moral principles it will be easy to set up a precedent for the dismissal, and even for “statement of no confidence”. Striking example dismissal of Kolomoiskiy.
Difficult decision should be done by Dmytro Yarosh, because he will further refusal to obey to state power will result to destruction of the Right Sector in any legal way.

Biography leader of the Right Sector, as well as the true motivation of his political activity, has a lot of blind spots, especially in our time when you have to be cynical and do not believe in a loud declaration of patriotic intent. Nevertheless Organization Right Sector proved with actions that they are ready to defend the territorial integrity of the country, its borders, as well as get rid of corrupt officials, including armed forces.

And this is exactly what awaits torn and repeatedly betrayed in the past year Ukraine from its new President.
Olena Okras, EMPR

This article is also available in russian language