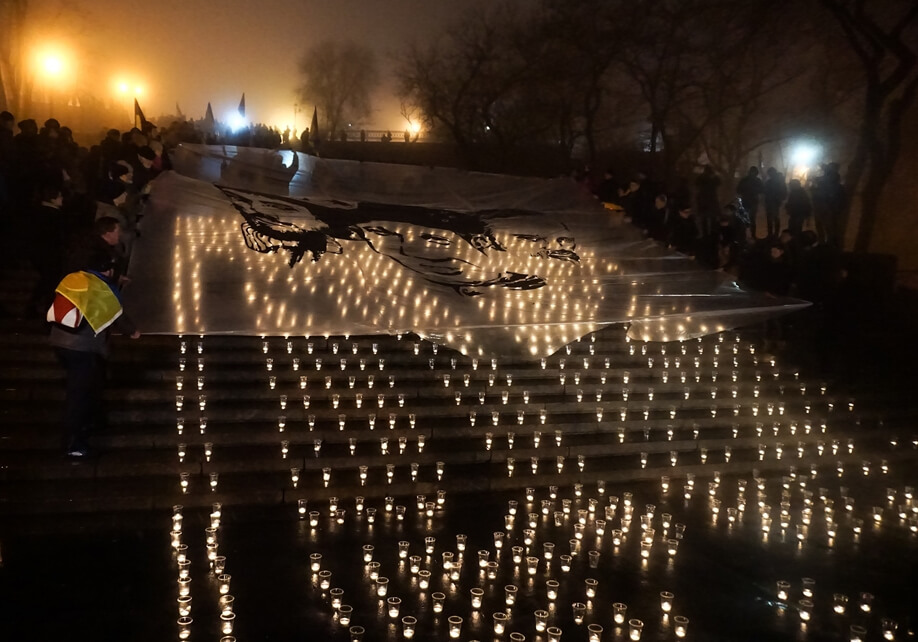 On 22 January, despite thick fog and rain several hundred Odessa residents gathered at the Potemkin Steps in the heart of the city to mark Ukraine’s Unity Day and commemorate first fallen heroes of Euromaidan. 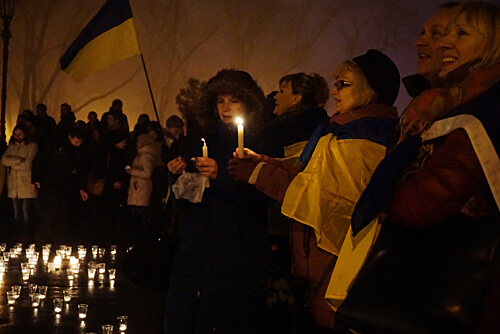 Celebration of Ukraine’s Unity Day has already become traditional in Odessa. Each year Odessa activists conduct flash mobs on 22 January inviting all Odessa residents to imitate the great historical event of uniting Ukraine in 1918 and to continue tradition of creating human chain that in 1990 connected Eastern and Western Ukraine. 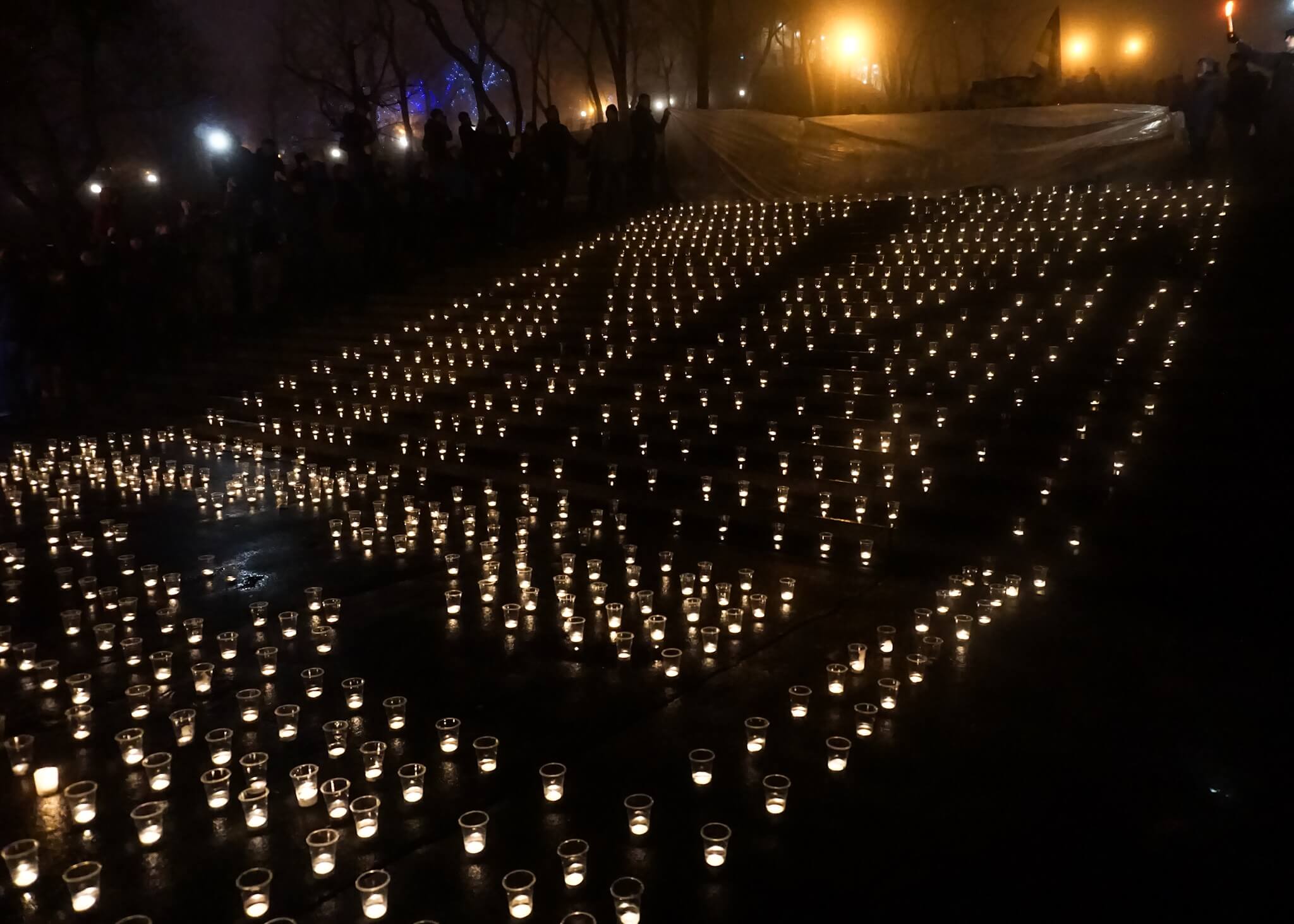 Last year, Ukraine’s Unity Day was overshadowed by killings of Euromaidan activists: Serhiy Nigoyan, Mykhaylo Zhyznevsky and Yuriy Verbytsky became the first in the long chain of Maidan fallen heroes that a bit later were called the Heavenly Hundred. To commemorate Georgian Serhiy, Belarus Mykhaylo and Ukrainain Yuriy, activists painted a huge portrait of them (9×11 meters) on polyethylene. The portrait of fallen heroes was spread over candles
bringing once more light to their eyes that a year ago faded for better tomorrow of Ukraine. 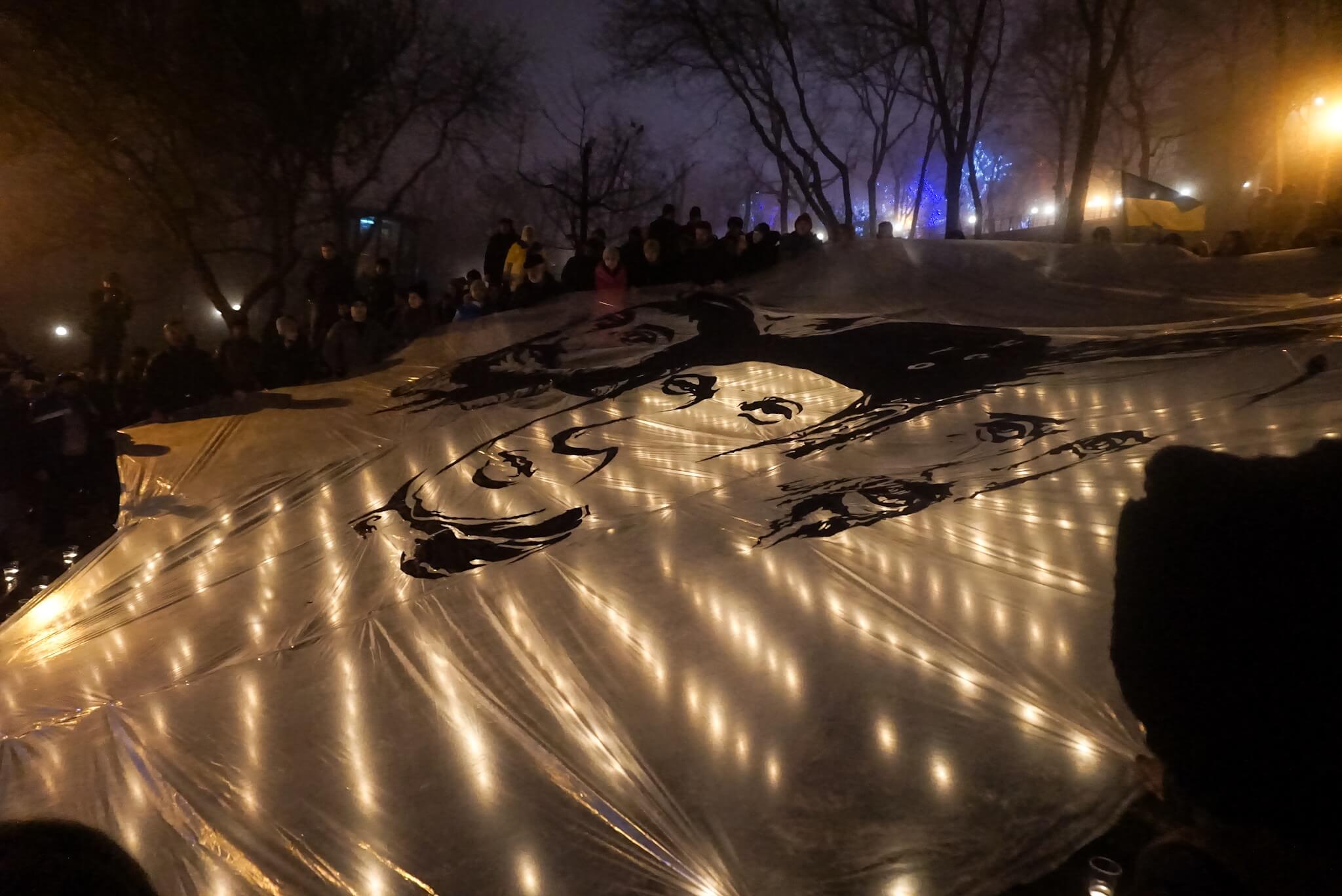 At the end of the event, Odessa residents sang Ukrainian anthem that was traditionally finished with the motto: ‘Glory to Ukraine! – To Heroes Glory!’ 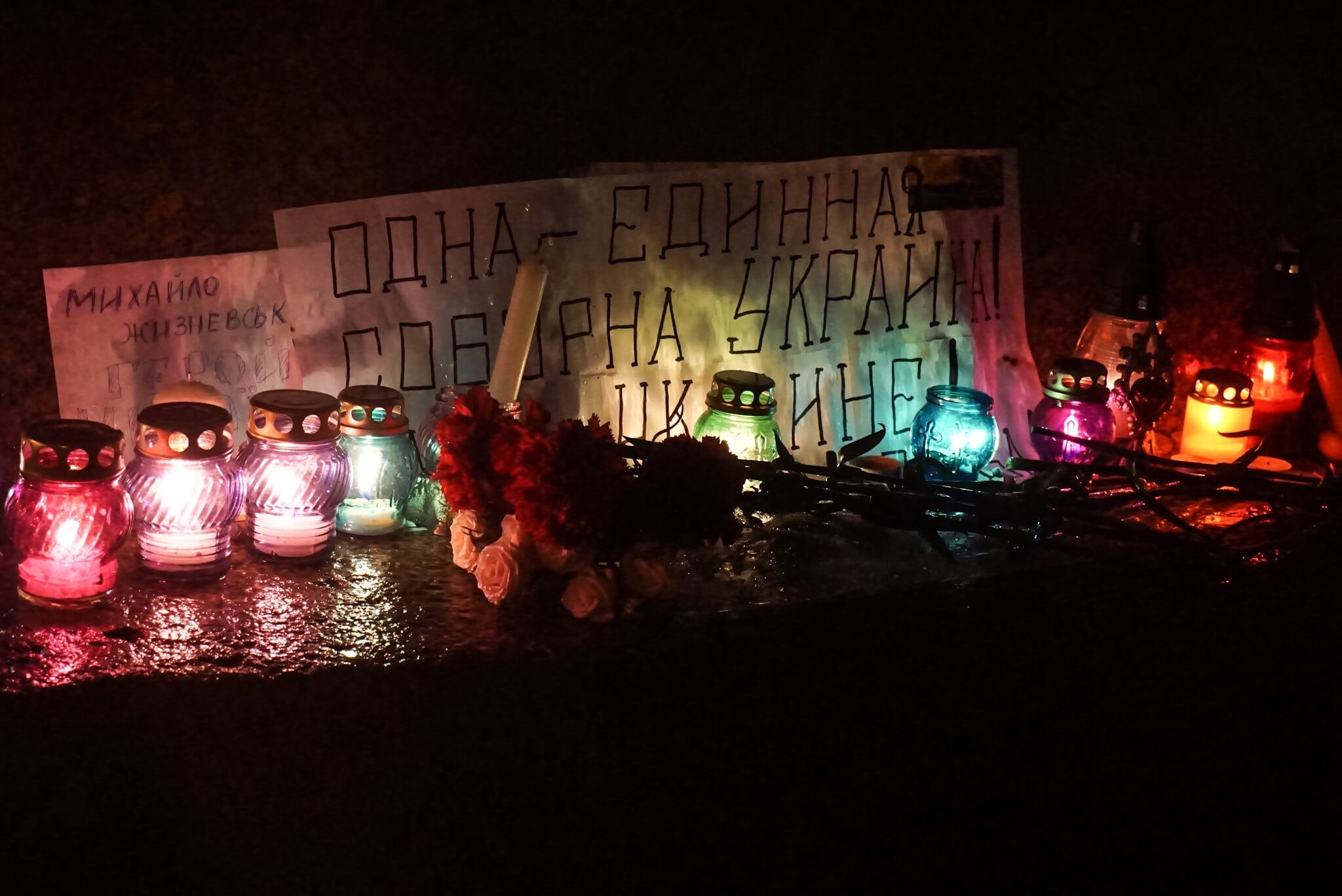